Weekend in the Mountains: Where is Andorra? 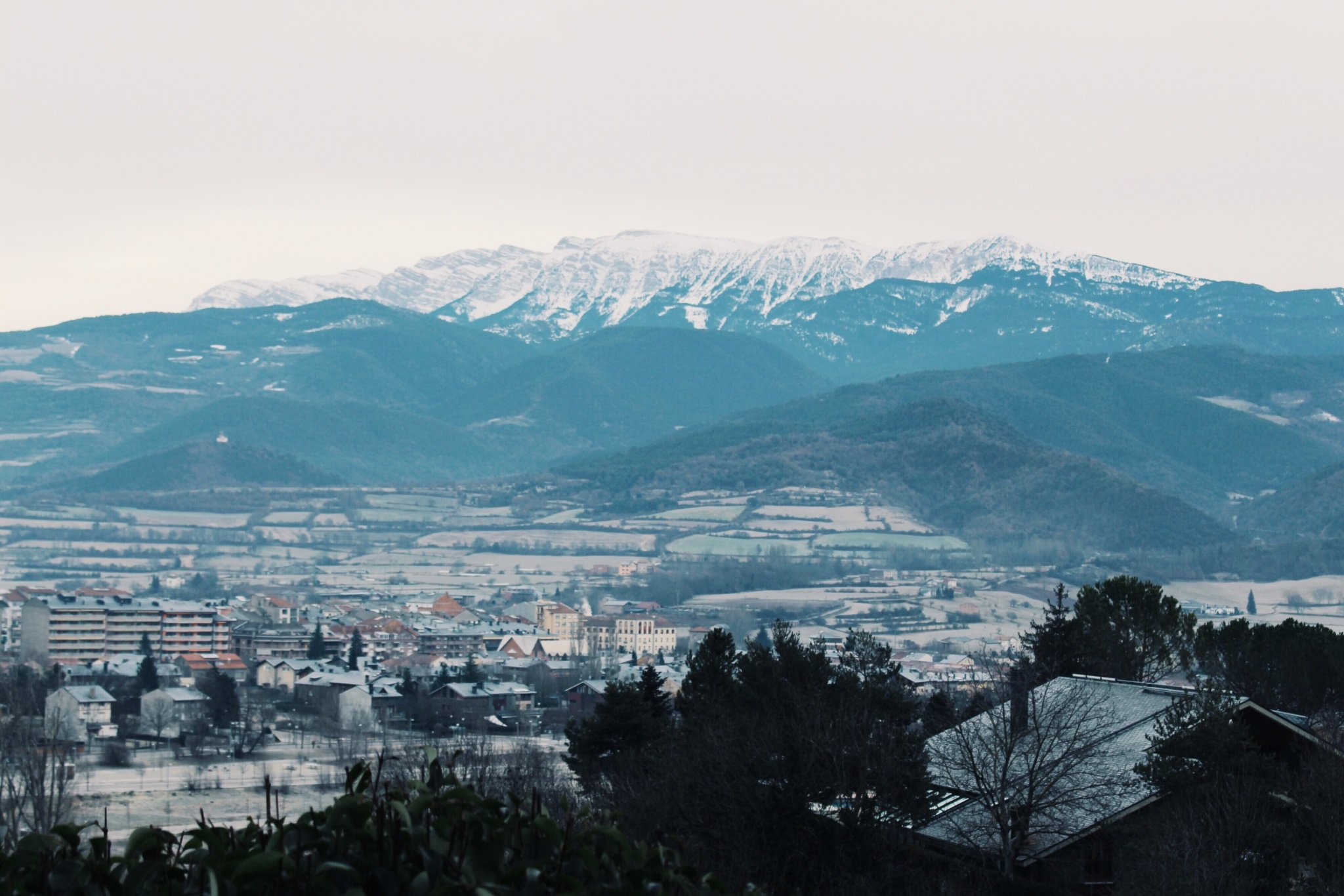 Cold February outside and I´m dreaming of the white sands and blue waters. Nevertheless, here in Europe, it´s still gonna be at least 2-3 months till I get to enjoy the beach season. In the meantime, a weekend in the mountains got me energized…

Aside from my Spanish and French friends, the story about this relaxing weekend in Andorra is immediately followed by one simple question “Where is Andorra?” So, what about you? Have you ever heard of Andorra? 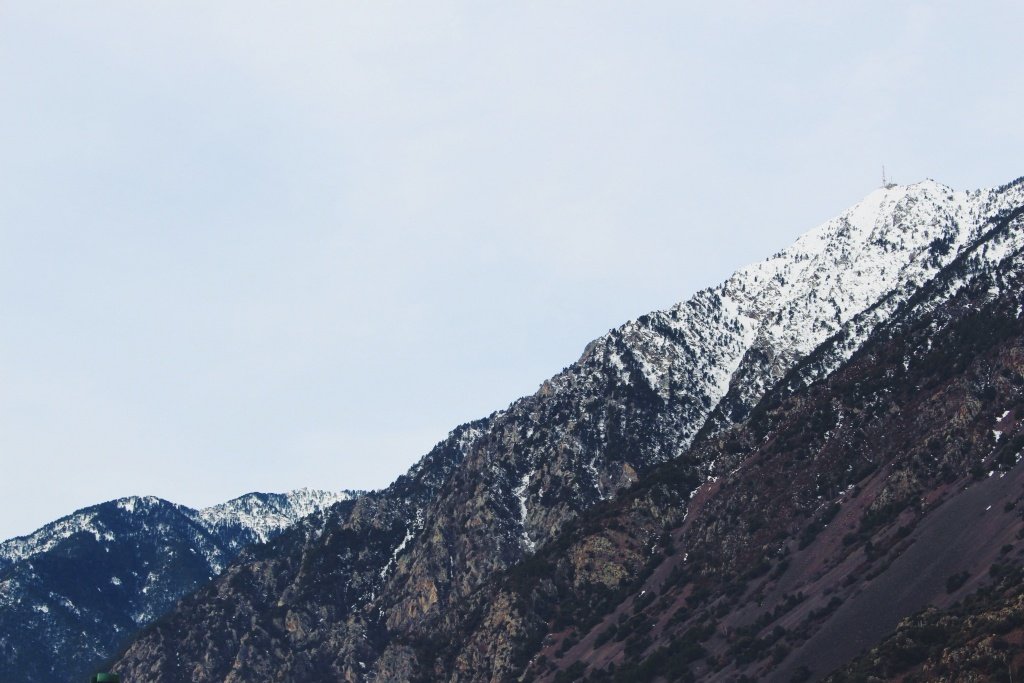 Andorra is a small country (population: 85,000 people) with a very interesting history. You can find it on the map right in between France and Spain. It is officially governed by two countries and even has two monarchs: the President of France and the Bishop of Urgell (Catalonia, Spain). Initially, Andorra belonged to the Count of Urgell(Spain), then to the Kingdom of Navarre and of course, it´s also been a part of France. Nowadays, Andorra is a member of the United Nations and the Council of Europe. Nevertheless, both France and Spain still have a strong presence in Andorra and you can hear both languages everywhere. 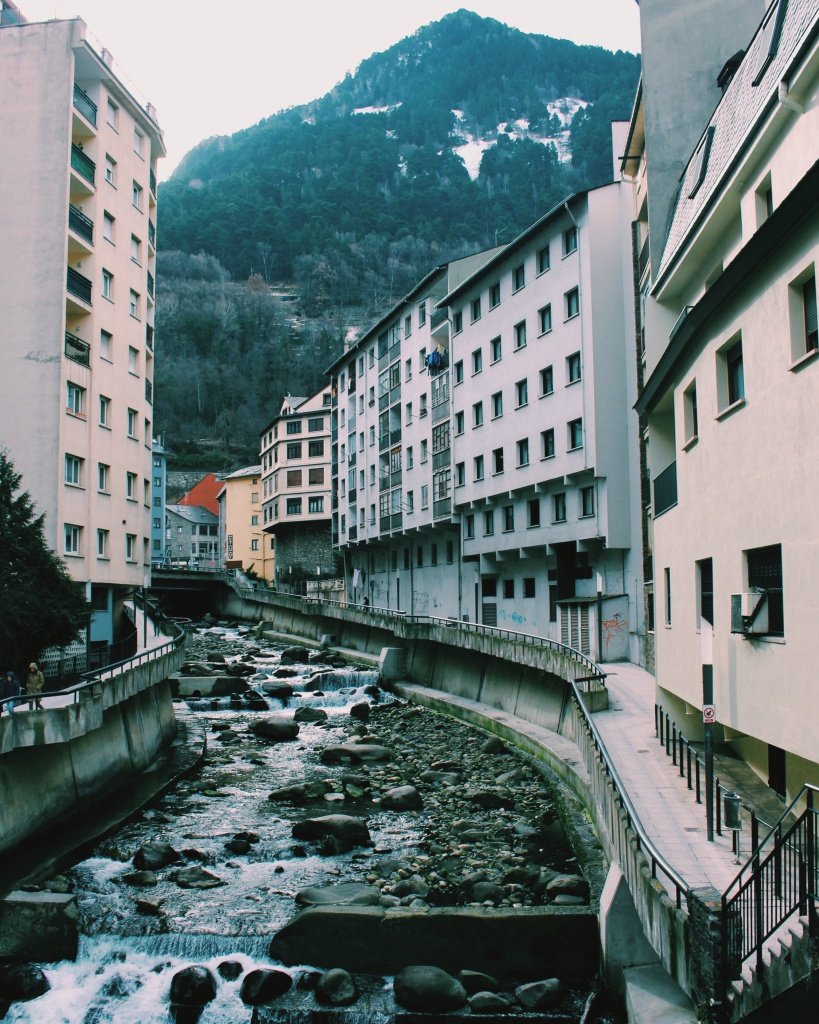 It is actually fun driving to Andorra. Our hotel was in Seu d’Urgell (Spain), only 10 km from the border of Andorra. So, we found ourselves crossing a border a couple of times per day lol have you ever crossed a border for a dinner? As you´re still within the EU, the customs officers don´t check your papers. However, they do stop random cars when you´re leaving Andorra. Mainly, cause the prices for alcohol, tobacco, electronic devices and some other products are relatively cheaper in Andorra than in the rest of Europe.

Andorra is often called “a shopping paradise”. It is true – the prices are cheaper than in regular stores across Spain. However, for me, shopping in Andorra doesn´t make sense. It´s so crowded everywhere, while nowadays thanks to the e-commerce you can find almost everything cheaper if you want to. I don´t smoke and drink alcohol – so here can´t really take an advantage of low taxes in Andorra. Moreover, even my Canon camera was cheaper in Hong Kong and my brand new sunglasses cheaper with the holiday season discounts. The only thing I brought from Andorra was cosmetics – creams and perfumes: these were cheaper than in Spain, but again if you add the cost of the trip (car+hotel) it´s obviously not worth it. 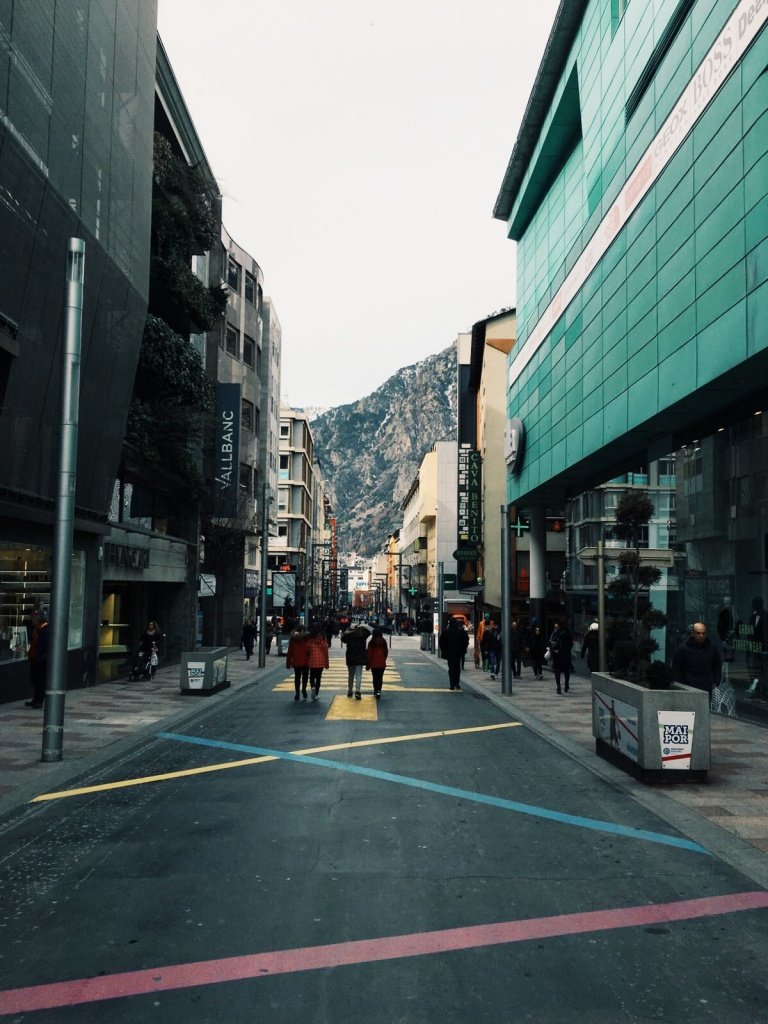 Andorra is still a great place to spend a while in between the mountains, especially when you´re a ski lover. I love winter sports and do both ski and snowboard. I liked skiing in Andorra. However, Spanish Baqueira-Beret is still my absolute favorite for the “cold” vacation. 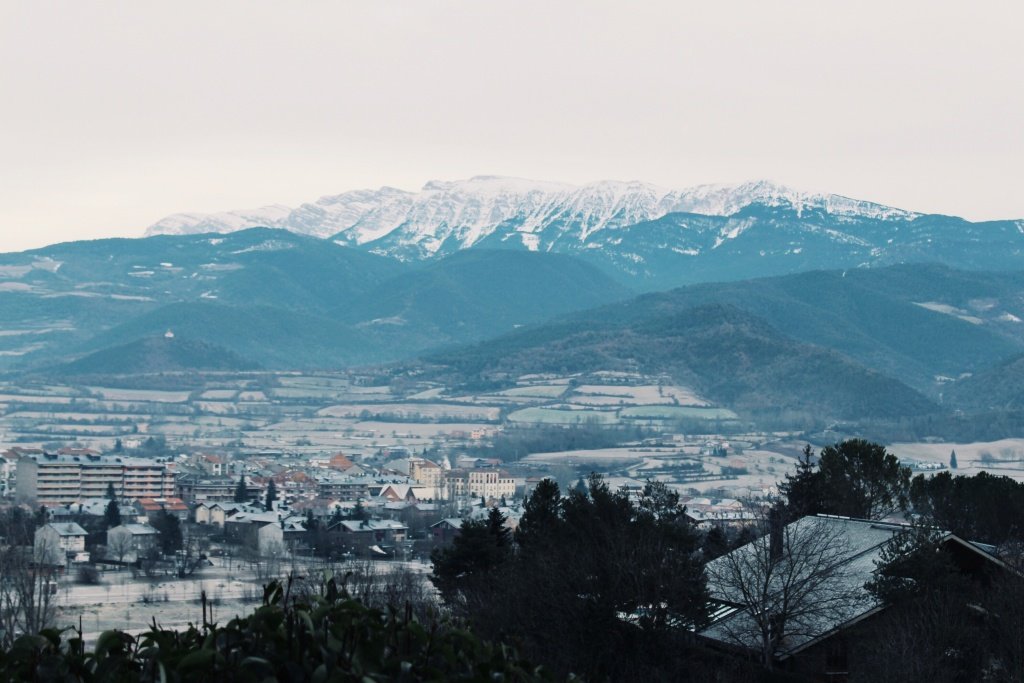 As I´ve already mentioned, our hotel was in Seu d’Urgell and from these pool pictures you could imagine I was dying to spend a relaxing weekend with SPA, nice dining and fresh mountain air. Unlike most of my trips, full of intense sightseeing – this one was mainly relaxing:  probably, cause it was not my first time in the area. Therefore, aside from strolling down the streets of Andorra and delicious dining in the nearby villages, the weekend was happily lazy. 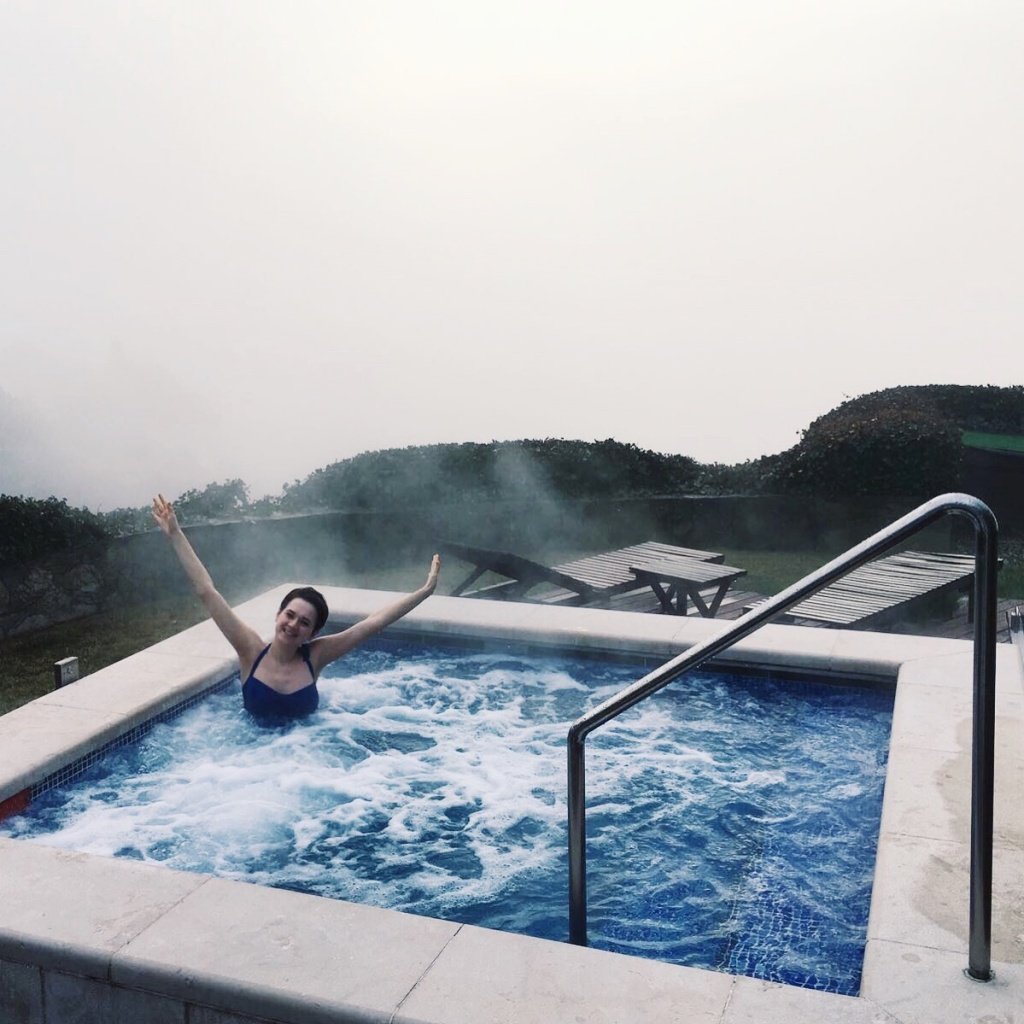 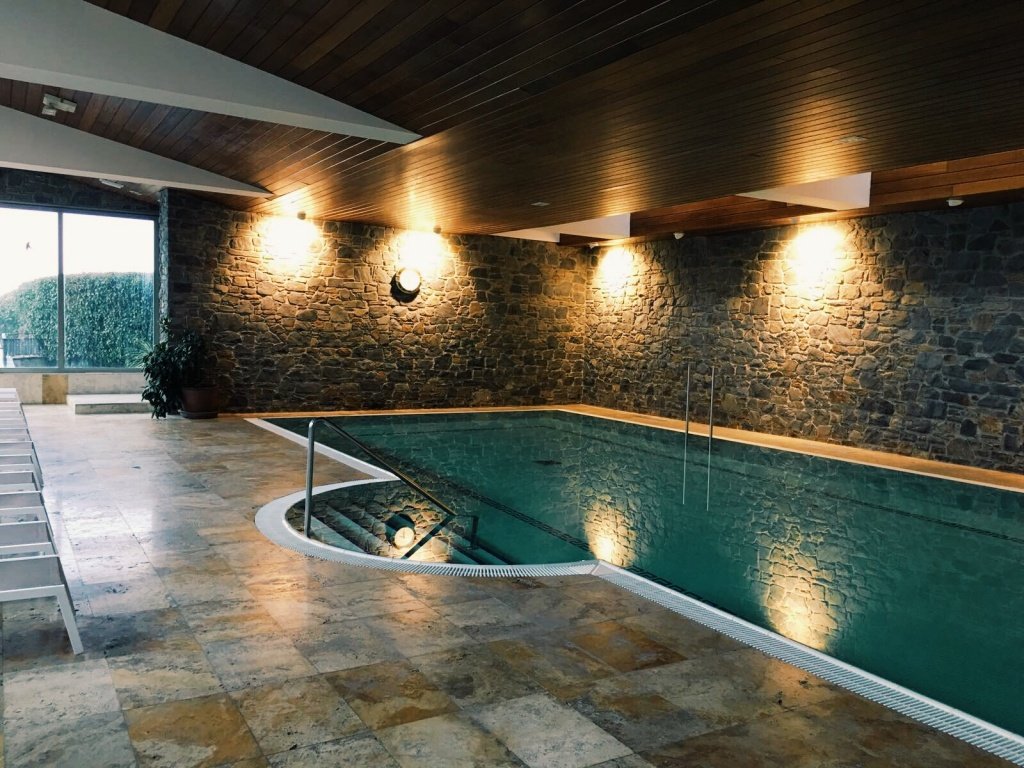 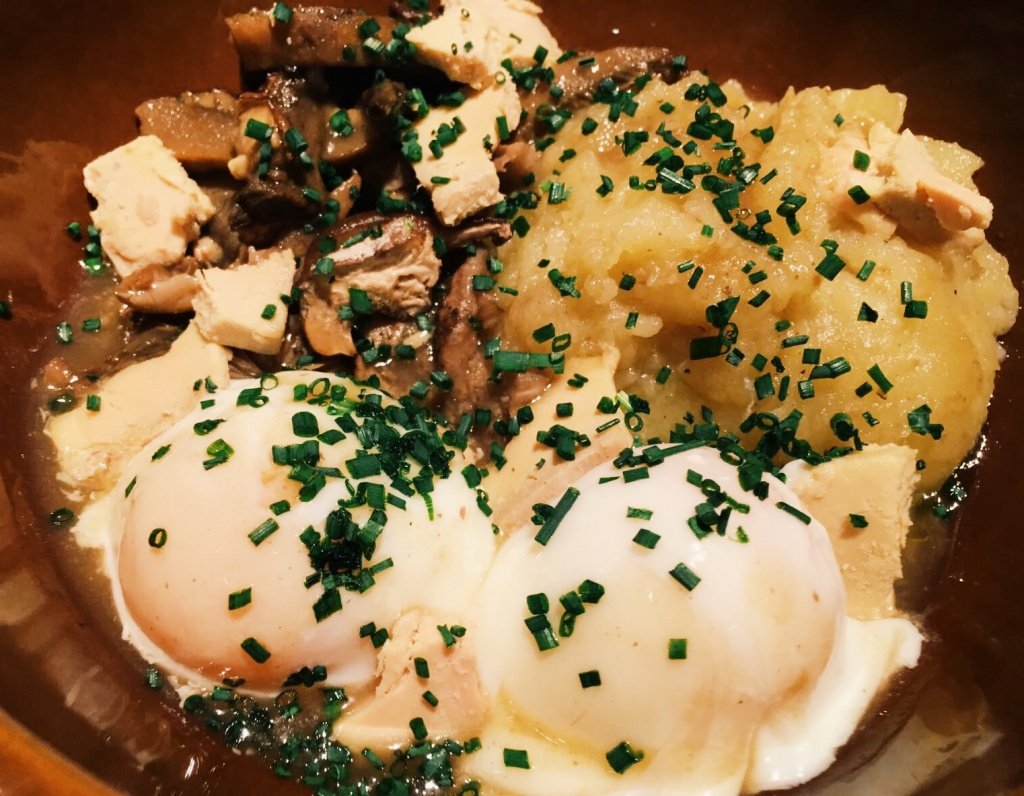 The most delicious thing I´ve had during my trip – poached eggs with potatoes, mushrooms and truffles – simple and yet perfect…

This post is linked up with The Weekly Postcard