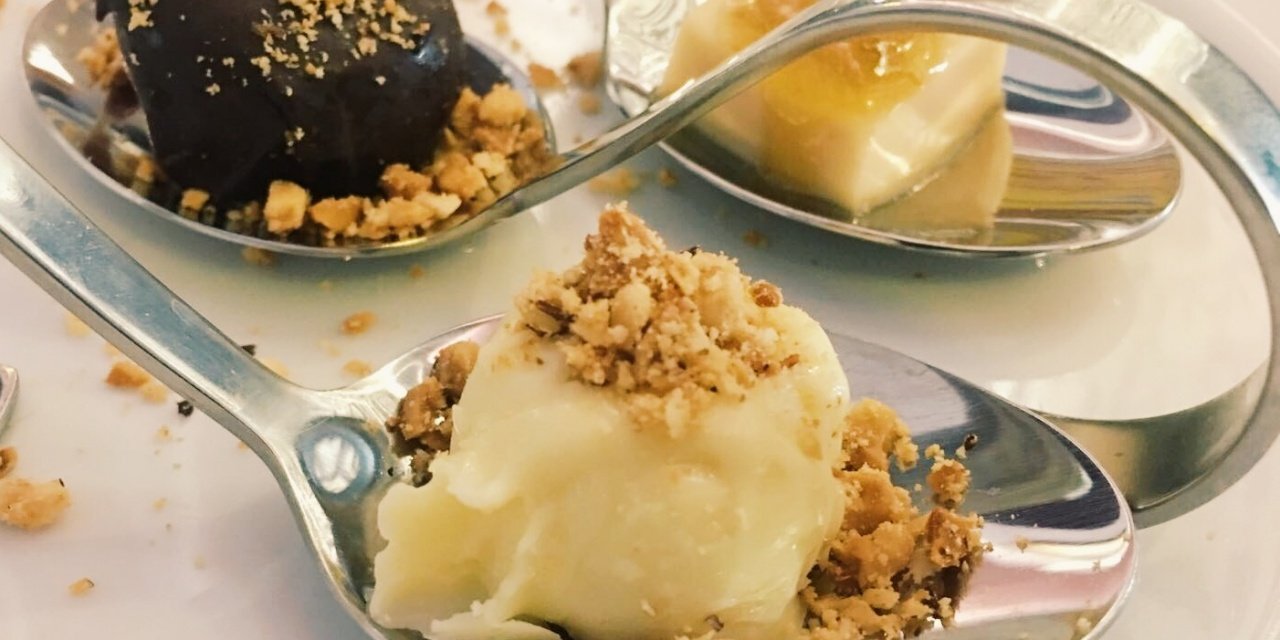 Set your eyes on the Gastronomic Weeks in Spain, especially if you are secretly craving for some foodie adventures and seeking to experience an authentic cuisine of different Spanish regions. If I´m honest with you – food is one of the things I love the most about being an expat in Spain. So, be prepared to hear more often on my blog about Spain for Foodies.

About the Gastronomic Weeks

But what are those Gastronomic Weeks in Spain or Jornadas Gastronomicas really like? – First of all, there´s always a local seasonal product or typical dish in the center of it all. Depending on the area and the time of the year, there might be a gastronomic week of Truffles, Mushrooms, Artichokes, Cherries, or even Gastronomic Weeks of Tortilla, Paella and Arroz a Banda.

Local authorities often organize multiple activities to promote the event. There might be some seasonal markets and street foods, like during the Medieval Fairs, except the focus here is definitely on the culinary side. Restaurants are definitely the key players during the Gastronomic Weeks in Spain.

Also read: A Foodie Guide to Eating in Iceland

A few local restaurants, that choose to take part in the Gastronomic Weeks, create special menus (often with a creative twist) available for a limited time. All the courses on the menu normally include the featured product of the Gastronomic week. This is to say, let’s imagine it is a Gastronomic week of Truffles in Morella (takes place each year from the end of January till the beginning of March) – every dish (or almost every) on this special menu will include truffles. When you talk about truffles, it´s easy to imagine truffle-themed starters, main courses, and even desserts – let’s face it, everything tastes good with a little truffle touch. But how about Artichokes or Cherries? – Making everything taste great with those is slightly more complicated.

Local restaurants compete in some way to make the most creative and delicious offer: a healthy competition is a driving force of any progress, isn’t it?

Gastronomic Weeks in Spain have become quite popular in these recent years. They often take place outside of the big cities, so it is a great way to support local businesses and boost tourism in the area.

In my family we are all foodies, so you can imagine I’m trying to keep track of those Gastronomic events. Eating my way through a new country (with a pair of elastic pants) is an essential part of traveling. Check my recent foodie guides and cool restaurants here.

However, one of the foodie events I´d like to repeat is definitely Hazelnut Gastronomic Weeks. Hazelnut is one of my all-time favorite flavors, for me, it´s like truffles – works with every other ingredient.

Hazelnut Gastronomic Weeks in the small village of Benassal normally takes place in October. It might not be that Autumn in New York kind of feel the Pumpkin Latte always gives, but hazelnut flavor is still one of my favorite fall cravings. Roasted hazelnuts, candied hazelnuts, orange honey glazed hazelnuts, hazelnut butter – I always enjoy this rich nutty flavor. Hazelnuts of any kind on the menu? – I´m coming.

Benassal region is known in Spain for its mineral water, which is considered to have many health benefits. There´s even SPA with mineral baths in the city (which, was closed for autumn/ winter when we visited) and a fountain Font d´en Segures, where you could fill up some bottles for free.

The town of Benassal is a small off-the-beaten path village in the Province of Castellon with only 800 inhabitants and no tourists on the radar. Google was a bit useless in terms of research here. Through some Spanish websites, I’ve found a few sites to visit and a few historical insights.

Apparently, the origins of the town of Benassal go back to the times of the Arabs in Spain. The town was reconquered back by the Spanish in 1234. The ancient Muslim quarter La Mola is full of hidden alleys from the XII century. You can find the tourist office near Arco de la Mola. There´s also a small Archaeological Museum of Alto Maestrazgo nearby.

The cobblestone streets of Benassal reminded me of medieval villages in the province of Teruel. Besides, while wandering around you can notice the sections of the ancient city walls and two of the seven fortified towers from the XIV century, Torre de la Prison and Torre Redonda.

After diving into the city’s history and architecture and wandering around for a while, we realized that it was time to go back to our initial motive to visit Benassal – the Hazelnut menu.

There were three local restaurants taking part in the Hazelnut Gastronomic Weeks of Benassal. We´ve chosen one randomly (and booked in advance). However, there were only a few couples there, besides us. Maybe, because we’ve chosen the place with the most complete and, as a result, the expensive menu. Although, compared to a dining experience in most of the Spanish capitals the cost of our lunch was still very reasonable.

The prices for these special menus during the Gastronomic Weeks in Spain normally range from 15 to 30 euros per person, which including the fact that you get almost a Michelin-star lunch/dinner, which is not bad at all. By the way, Michelin restaurants also might take part in the Gastronomic weeks of their region. However, here we´re talking about 60-150 euros per person (or even more) – it really depends on the restaurant and their menu offer.

Our Hazelnut-themed meal in Benassal included 5 courses, dessert, coffee, water and a bottle of local wine. And we paid 30 euros per person.

So what was on the menu?

What is a Cappuccino doing in the middle of all this? – you´d ask.

This Hazelnut Cappuccino is not what it looks like. It is typical for Spanish tasting menus to have a sorbet in between fish/seafood and main meat courses (might be a pineapple, mango, or tangerine sorbet). In this case, the cappuccino was not sweet: it was a meat bouillon with crispy hazelnut, foam, and salt made of toasted Spanish cured jam. It was actually quite chilly outside, so this felt better than any sorbet for us.

My weekend menus do not normally look like this. When we do a Sunday lunch with my husband´s family it´s usually a few starters followed by Paella. However, I’m generally a big fan of having many courses in small portions: you get such a diverse food experience this way. The explosion of flavors and non-traditional ingredient combos – that’s what it takes to enjoy a unique culinary adventure.

To be honest, I was already full at the Hazelnut Cappuccino. But it didn’t stop me from tasting everything that followed after it.

We also bought some hazelnuts in one of the local shops, so I´m planning to cook something hazelnut-inspired this weekend…