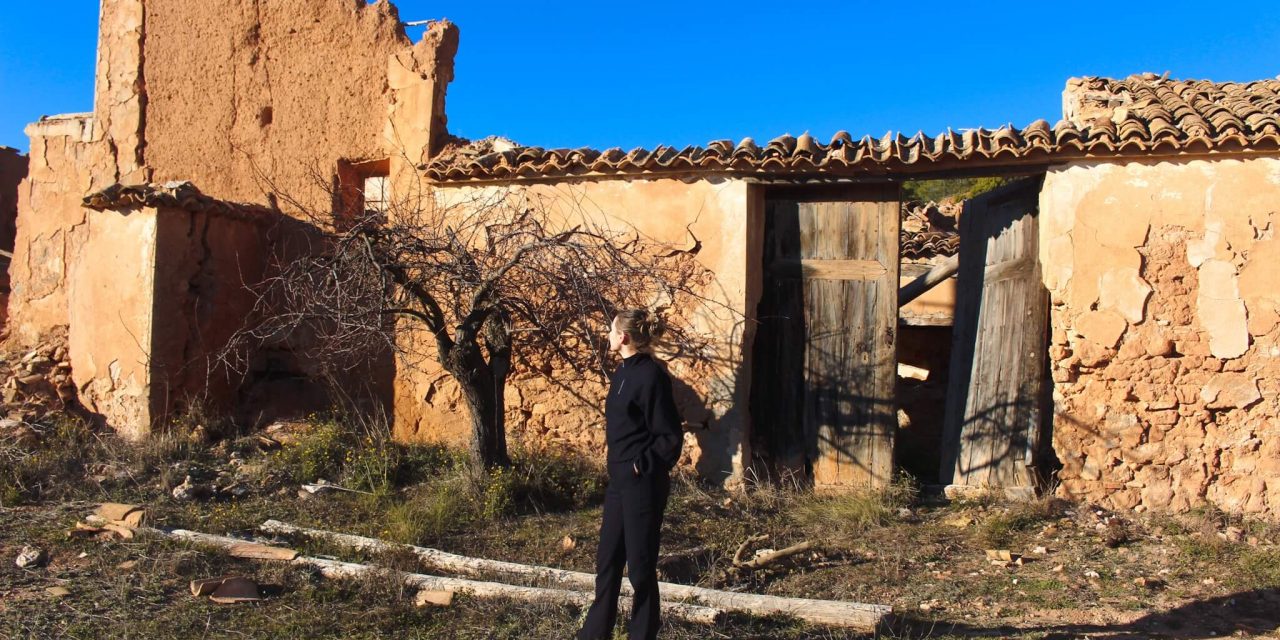 How about a few new places shrouded in mystery this week? Ready for getting out of your comfort zone? – Here´s the list of mysterious and haunted places in Spain. Would you dare to visit?

While I should admit that my travel plans are mostly inspired by Spanish fairytale places, dreamy castles, paradise beaches, and other-worldly landscapes, some mysterious locations on the road are simply hard to ignore.

One can´t always aim for romantic Spain and cute small towns, getting some uncomfortable goosebumps on the road often ends up as a memorable moment as well. Plus, haunted places in Spain might be historical monuments with impressive architecture or stories behind them.

However, let me warn you that in this post I won´t cover in detail Spanish former prisons, abandoned psychiatric hospitals, and cemeteries (at least for now). Although I´m currently traveling virtually with popular travel documentaries like Dark Tourist (2018) on Netflix, some alternative and spooky experiences still feel too much for me.

But this doesn´t mean you should stop at my 10 haunted places in Spain. At the end of the post, I´ll leave for you more eerie locations. You´ll be the one to determine your own comfort zone. Ready to discover new Spanish places shrouded in mystery?

The Ruins of Belchite are rumored to be one of the most haunted places in Spain. Built-in the mid-XXth century, Belchite was once a prosperous small town of the Aragon region. However, the town was completely destroyed by the important battle of the Spanish Civil War, taking the lives of more than 5000 people.

After the end of the Spanish Civil War, Franco ordered the construction of a new town nearby, leaving to the old Belchite the status of a ghost town.

Till present day Belchite is surrounded by countless stories from its visitors about strange war sounds, voices, temperature drops, and even the unexplainable feeling of “being watched by someone”.

Nevertheless, Belchite is currently a memorial of its tragic past. But you can only access it with a locally guided tour (during the day and also at night).

The Dark Tourism fans can’t miss the ancient mines of Rodalquilar and Cortijo de Fraile. These two places are always on the lists of haunted places in Spain. However, keep in mind that the road towards both is unpaved and not really comfortable to drive.

While nowadays this place is completely abandoned in the middle of nowhere, this only adds to its eerie vibe.

A small abandoned village of Ochate on this list of haunted places in Spain is surrounded by debates in the press.

Originally, the legend of Ochate´s mystical events was described by a local Prudencio Muguruza in his article “Luces en la puerta secreta“(1982). He claimed to see the light in one of the abandoned buildings and defended Ochate´s mystical fame with local stories about three epidemics taking the lives of the villagers.

During the next years, multiple theories surrounding the abandoned village took force. More and more people claimed to hear voices of a woman and a little girl saying “kanpora” in Basque ( “get out” in English) while exploring the ruins.

However, in 2017 Julio Corral and Antonio Arroyo published a book “Ochate, realidad leyenda del pueblo maldito“, stating that there were no realistic proofs of the epidemics and mystical stories. According to their investigations, locals simply left the village because the Royal Road nearby (in Spanish Camino Real), has slightly changed its course, leaving Ochate in the middle of nowhere.

Complejo de la Misericordia was once an orphanate called Casa de los Pobres de Nuestra Señora de Misericordia. Rumor has it that in this place took place severe punishments and strange deaths, including a story of a local boy with a surname Campos, who jumped out of the window.

You can come across stories of former cleaning service workers, who claim no one wanted to work in Complejo de la Misericordia at night, because of the strange sounds and voices. True or false? – Who knows.

The Bride´s Jump Waterfall is a beautiful natural setting in the small town of Navajas with a creepy legend behind it. You can check the full travel story here.

So,  according to a legend many years ago there was a local tradition for the brides to jump over the Palancia River in order to prove their love and ensure a happy marriage. Normally, a girl was supposed to find a place where the river narrows a bit, and then, in front of the villagers, jump to the opposite shore. Success was a sign of a happy marriage and true love.

There is this story of a young couple in love: they were about to get married. Like other brides, the young lady tried to jump, but slipped and fell into the river. A groom tried to save his beloved, but sadly, both of them drowned. Nowadays some locals claim that on moonlit nights they still hear voices and the river becomes radiantly white as a wedding dress.

Nevertheless, the place has become an ultimate picnic destination for families and couples. And what I find even more amusing – it´s currently a popular destination for wedding photoshoots. No doubt, the photos would look great. And even if we assume the legend was simply invented to boost tourism in the area – I´m not sure I would like this reminder of a dead bride every time I´d go through my wedding album… Would you?!

No list of haunted places in Spain could lack a dramatic ghost story.

Parador de Cardona is currently a four-star hotel in the Province of Catalonia. Although centuries ago it used to be a castle with a tragic legend behind it. Nowadays, many guests assure they have experienced strange things during their stay. Especially those, who spent a night in room 712. Some even claim to see a ghost of a girl in a white dress.

Where does all the paranormal activity come from though? – While you won´t find this story on my list of Spanish legends, there´s one creepy story explaining what happened in Parador de Cardona.

The Castle of Cardona was once a property of viscount Raimon Folch, whose daughter Adales had fallen in love with you young Muslim boy Abdala. The girl knew her parents would never support this union, so she planned to escape with her loved one. However, her father had different plans for Adales, while arranging her engagement to a nobleman. Once the rumors about the girl´s love affair had extended, the family of her fiance canceled the future wedding and stopped supporting viscount.

Raimon Folch was furious and decided to teach his daughter a lesson in order to show everyone that no one should ever disobey his orders, even his own daughter. He closed Adales inside a tower Torre Minona, and gave her only bread and water for weeks. Nevertheless, the girl has never pleaded guilty or asked for his pardon.

According to the legend, Adales died in that very same tower and her ghost still appears wandering around Parador de Cardona, especially near room 712, which once belonged to the girl.

Santuario de la Virgen de Balma is a small sanctuary carved in a rock and located near the village of Zorita del Maestrazgo in the Province of Castellon. While this place is actually situated nearby Morella (one of the dreamiest castles in Spain), its mysterious past and off-the-beaten-path location in the Region of Valencia automatically move it onto my list of mysterious and haunted places in Spain.

To start with, the sanctuary has given me some real goosebumps.

Built between the XVI and XVIII centuries, it is nestled in the rock in the middle of nowhere. Back in the Middle Ages, Santuario de la Virgen de Balma used to be an ultimate destination for those “possessed by the Devil”. People would come to Santuario de la Virgen de Balma in search of the Divine Healing and the miracle cure. Even though most of those searching for the Holy treatments had illnesses modern medicine now has clear names for (like epilepsy, for instance), back then they were simply doomed.

Even though this place has no official ghost story, many centuries after the Exorcism stories there are still some creepy vibes in the air.

I bet you had no idea of the ghost stories surrounding one of these top Spanish landmarks – Museo Nacional Centro de Arte Reina Sofia. I definitely had no clue about all this last time I visited the museum´s temporary jewelry exhibition “El Arte de Cartier” back in 2012.

Apparently, Museo Nacional Centro de Arte Reina Sofia has a long story of strange reports surrounding it. Till its Restauration towards turning into a national museum in 1992, this place was abandoned for quite a while.

Back in 1556, it used to be a shelter of the local Hospital de Caridad, where orphans and mentally deranged people could find a refuge. Their bodies were often buried in the building’s underground. All of this was forgotten till the museum reforms of 1992, when numerous human remains were found.

Over the years many mediums have claimed to talk to the spirits of Museo Nacional Centro de Arte Reina Sofia: the identities of some of the ghosts were linked to real people – like the one of a former worker named Livinio.

La Cornudilla is an abandoned village between the towns of Requena and Utiel in the Province of Valencia. Rumor has it that this place was abandoned due to the strange voices and poltergeists, terrorizing its neighbors.

Some believe the reason behind those events was the ancient Arab cemetery, on which the village of Cornudilla was once built. 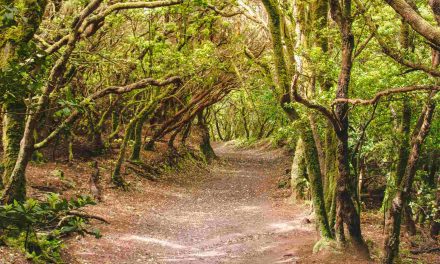 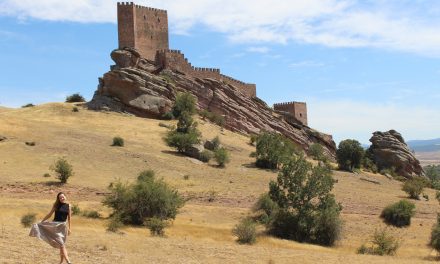 10+ dreamy Spanish castles you will definitely want to visit 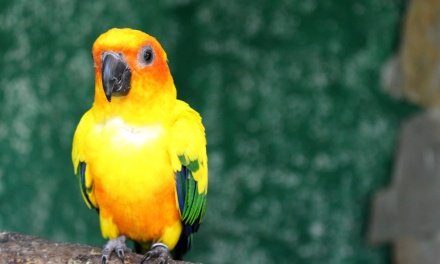 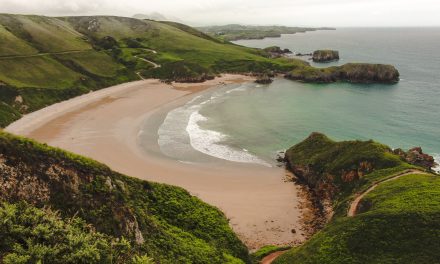