My first impression of Switzerland and a magical weekend in Lucerne 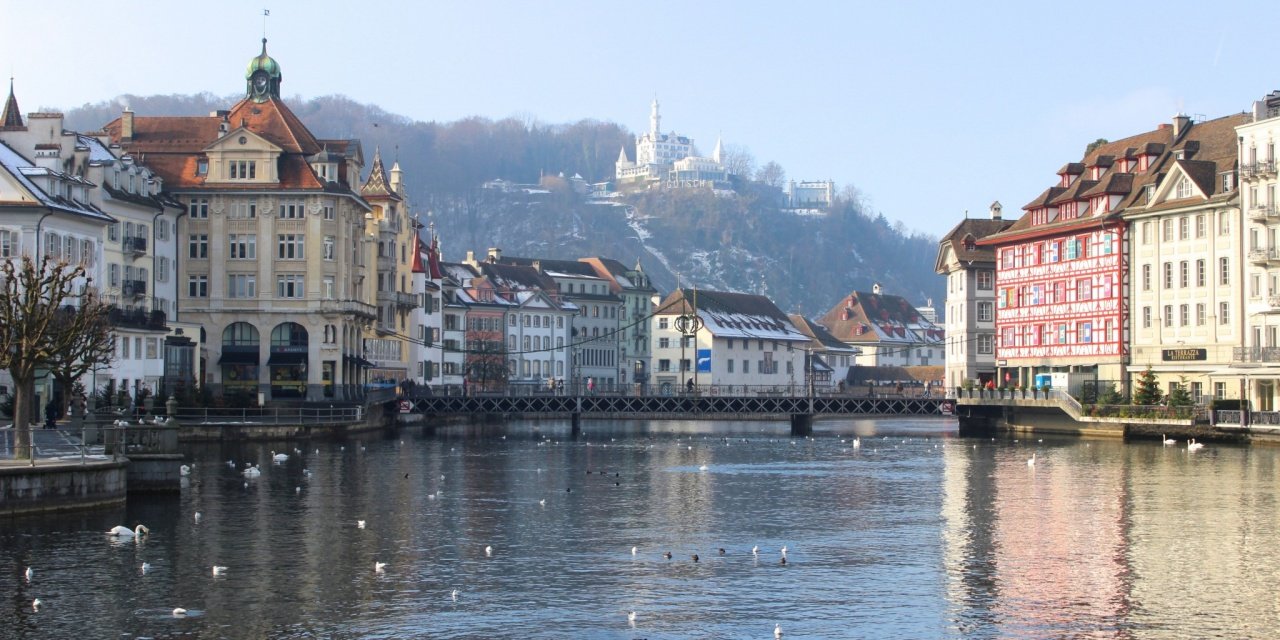 I can’t help sharing with you some of the most beautiful pictures from my recent trip to Switzerland. Lucerne was one of those love-at-first-sight places for me. And despite my constantly-growing travel bucket list, as well as my stamps-full passport, only a few places have actually managed to beat the Swiss city of Lucerne so far. I wish I could travel back soon, cause time really stopped for me over this weekend in Lucerne. It is definitely one of the most fairytale places in Europe. The air is so clean and fresh, the architecture is so beautiful and old-styled… Lucerne is both charming and magical!

First weekend in Lucerne and my First Impressions

A weekend in Lucerne is one of the most magical experiences one could possibly seek for in the whole Europe. Also, it is probably one of my most romantic travel experiences around the world.

What makes Switzerland so special?

First of all, it is significantly less touristic than its famous neighbors, especially outside of the big cities. Second, the standards of life are really high here. Switzerland is literally pioneering in safety, stability, environmental cleanliness, public services, infrastructure and government effectiveness. Not bad, right?!

As a tourist, you immediately notice their safe&reliable public transportation network and that everybody around you looks very well off. Cheese, chocolate, wine, clocks, banks… it feels like everything in Switzerland comes with a quality tag.

If I am to choose the best romantic getaway in Europe – Lucerne would be one of my top choices, for sure.

The official currency in the country is Swiss franc. However, you can pay with a card almost everywhere. I even paid with euros for a taxi (I guess it´s not allowed, but some cab drivers prefer euro-cash over the credit cards). You can always change money at the reception desk, but their rates are usually not very good.

The locals in Lucerne speak German, however in most of the restaurants or touristic places you can easily get around with English.

Here come the pitfalls – almost all decent hotels in Lucerne (and Switzerland) are very expensive, if compared to other European cities and countries (except Iceland, perhaps). As we only had one weekend, we decided to break a bank and booked an old luxury hotel with history, Palace Luzern Hotel. Overall, it was a good experience: our hotel had several nice restaurants and amazing rooms with lake views. All the interiors were made with a good taste, but it was honestly overpriced. Let me put it simple, it is far not the most amazing hotel I´ve ever been to (for a price we paid for our stay). I would go for something different next time. But finding something both nice and budget is one of top challenges in the city of Lucerne.

Switzerland is not a budget-friendly destination, but it doesn’t make it any less beautiful or magical. Let’s take Lucerne. The heart of the city is Lucerne Lake with its transparent waters, surrounded by mountains and full of swans. In summer, when the weather is good, there are plenty of things to do. However, my trip was in December and it was, honestly, very cold even for the long strolls.

But on the positive side, I got to experience the Swiss Christmas spirit during my weekend in Lucerne: all the Christmas Markets and Events had already kicked off since the end of November.

Besides, it felt like the snow-capped mountains on the background had added some additional charm to the city. It was a winter-wonderland kind of experience.

What to do in Lucerne: Tips & Ideas

In case you plan on having a laid-back weekend in Lucerne, this is what you can do in the city.

I’ve already told you a bit about my wow first impressions of the magical Lucerne and Switzerland. After a first stroll around Lucerne Lake, I was literally ready to pack up my bags and move to Switzerland.

However, after a few days (including a visit to the local supermarket, several shops, and restaurants) I was not so sure I´d want to live in Switzerland myself.

Yes. There´s another side of the coin here. Switzerland is one of the world’s most expensive countries to live in, with its capitals, like Geneva and Zurich, frequently appearing among the costliest cities in the whole world. Hotels are only one of the first things we might notice as tourists in Switzerland. But there’s more to the story here.

Let’s take some data. The percentage of the Swiss population living in extreme poverty (4.6%) is one of the lowest in Europe (18.6% average). And for example, only 9.7% of the Swiss can´t afford a week’s holiday abroad, while the European average here is 36.9%. Impressive, right?!

It´s no secret that Swiss wages are pretty high. But so are the prices.

I feel like grocery shopping in Switzerland can’t be budget at all. Even with local salaries (or so we were told by several cab drivers). Swiss retailers restrict their product offerings to Swiss brands: in most cases, you are not paying more for better quality or service, but for this made in Switzerland tag. I’m not sure how I feel about this, cause I believe in a healthy competition being the driving force of any progress.

Another thing about Switzerland, that might confuse a stranger, is a huge number of laws and regulations. That’s something you might not notice over a weekend, but if you stay around for a while – you realize the local order in everything might not only derive from the mentality. It´s actually a matter of laws and regulations. Local friends told me that you could easily get fined for having your dog barking too loudly, or kids making noise after 10 p.m. It really gives me some goosebumps, cause with my kids – we´d literally need to settle down in a police office then.

Anyway, I do understand it now, why so many celebrities move to Switzerland after their retirement – it´s quiet, peaceful and organized. But my trip to Switzerland has made me realize that a certain amount of chaos [lol] we have here, in Spain, is not necessarily a bad thing. You might even enjoy life more this way…

My kids generally behave well in public places, but I often find myself in situations when it´s the personnel or people sitting next to us telling me not to worry, in case they take or break something. None of my neighbors has ever complained about anything, especially to the police. Neither did I. I mean forget kids. There’s a bar across the road from our place and when there’s a football game on, I know exactly what´s happening on the screen without even watching it. Or they’re often having celebrations and we can literally dance to their music. It bothers at times, but noize is a cultural thing in Spain – you learn to take it easy.

I guess, all this won’t be a problem in Switzerland. But it is also true that this quiet and beautiful country might not be a match for everyone, despite its initial perfect looks.

However, visiting both Switzerland and Lucerne is a must: it absolutely belongs on the top of everyone’s European Travel Bucket list. 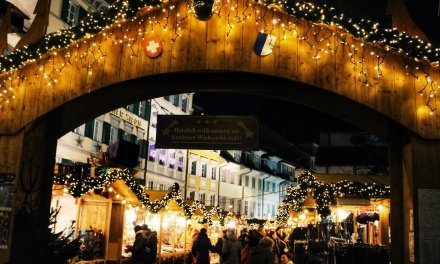