The Pearl of the Black Sea: Top Things to do in Odessa, Ukraine 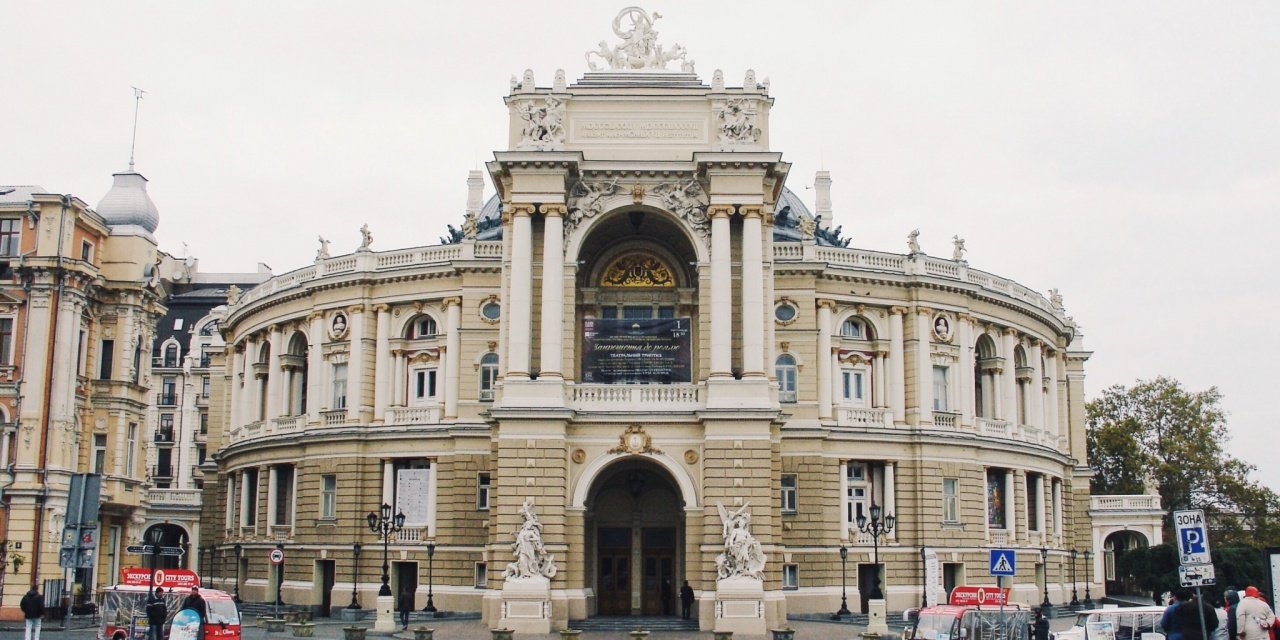 It´s already been a few months since my last trip to the Ukrainian city of Odessa, my hometown for almost two decades before I moved to Spain. But I just couldn´t get myself to wrap it all up: apparently writing about places you once knew so well inside-out is not easy. Let me share with you some major insights from my recent trip, alongside with top things to do in Odessa, Ukraine.

Top Things to do in Odessa, Ukraine

My hometown and the bitterest vibe

As one of my favorite travel quotes highlights: “You will never be completely at home again, because part of your heart always will be elsewhere. That is the price you pay for the richness of loving and knowing people in more than one place.”  Traveling to Odessa always gives me this bittersweet feeling of a unique place where part of my soul still lives. Despite the fact that my current life story is happening somewhere far away.

That´s the feeling only expats can possibly relate to (no wonder I love reading other expat stories so much). Living for a decade in another country makes you see things with different eyes, so I actually always enjoy being a tourist in my hometown of Odessa. It´s like I´m time-traveling to my past life.

I love saying that we don´t go through life – we grow through life. Therefore the change is the only constant of the XXI century. Fewer people live in the same place they were born to or have a job that matches their student degree. Who knows where we will all be in 10 years? But cherishing those past stages of life, places, and people – everything that made us who we are today is an essential part of finding our place in this world, isn´t it?

Odessa is known for its international port, rich multicultural history, gorgeous architecture, and its peculiar diverting humor. The city has always been a famous resort in Eastern Europe, and a popular summer getaway for the neighboring Post-Soviet states.

The city of Odessa was founded back in 1794 by the decree of Catherine II of Russia (Catherine the Great). The empress decided to build a splendid city on the Black Sea to become Russia’s first southern seaport. She had appointed Duke de Richelieu, a French noble in service of the Russian throne, to be the first Governor of Odessa.

Only during the first eleven years of Richelieu´s administration, Odessa has become the 3rd capital of the Russian Empire, after St. Peterburg and Moscow. As a major international trading center, the city became quite wealthy.

Although lots of political crises have shattered the region since then, you can still perceive the city´s past wealth and greatness through its magnificent architecture and monuments. If you like the shabby side of Italy or Portugal, the Ukrainian towns of Odessa and Lviv might be your Eastern-European favorites.

A Melting Pot of Cultures

Even in my family, my mom was born in Saint-Petersburg (Russia); one of the great-grandfathers was French; and we also suspect (based on old family pictures and paintings) that there were Greeks/Turks on my dad´s side. Not to mention that I married a Spanish and my sister lives in the States.

While modern politicians constantly try to divide us on the basis of ethnic or religious backgrounds, a cultural diversity only makes us richer. Odessa is simply another example of how our ethnic differences end up creating a unique cultural heritage.

Top things to do in Odessa, Ukraine

My favorite landmark of the city and one of the first things to do in Odessa is The Odessa National Academic Theatre of Opera and Ballet, the oldest one in Ukraine. While sharing my most romantic vacation ideas around the world I´ve revealed my epic opera experience in Vienna. Well, The Odessa Theatre was constructed by the same Viennese architecture studio of Fellner & Helmer in the 1880s.

Although the price to enjoy The Nutcracker, Carmen, or The Swan Lake, is quite a budget one compared to The Vienna State Opera (around 15 euros).

Another symbol of Odessa is the Potemkin Stairs, constructed by Italian and Russian architects between 1837 and 1841. This giant stairway is connecting the city center with the port.

There are 192 steps in total, over a length of 142 meters, and a difference in elevation of 27 meters. At the top of the Potemkin Stairs, you can find a funicular to descend towards the Port of Odessa.

One most popular things to do in Odessa is to have a long walk through the Primorsky Boulevard walkway. Some of the main sights not to miss in the area: Directions Monument, Odessa City Hall, the monument to Pushkin, Remains of Ancient Greek Settlement, Duc de Richelieu Monument.

Right behind the Duc de Richelieu Monument, you’ll find the monument to the founders of Odessa with Catherine the Great on a plinth and at the base, you can spot 4 other important figures for the city´s creation: Count Grigory Potemkin, José de Ribas, Platon Zubov, and François Sainte de Wollant.

Nearby, there’s Odessa´s most unusual building – the house with one wall (Vorontsovs´kyi Ln 4) .

Below the Primorsky Boulevard walkway, you can find two picturesque parks – Istanbul Park and Greek Park.

Almost at the end of the promenade, you can find The Vorontsov Palace and Vorontsov Colonade. While it was once projected by a popular Italian architect Francesco Boffo, the interiors are unfortunately closed. Hope they´ll be restored and opened to the public one day.

Afterward, you can walk through Mother-in-law Bridge, which often vibrates while one walks due to its sensitive design. There are a few local legends explaining the strange name of the bridge – some state that it was built by a secretary of a regional party committee, whose mother-in-law lived on the other side. Local couples decorate bridge with padlocks as a symbol of their love.

On the other side of the bridge, there’s a quint park, a popular spot for wedding photoshoots.

One of the top things to do in Odessa is to stroll down its central street, Deribasivska Street. It was named after one of Odessa’s founders, a Spanish military José de Ribas. The street is pedestrian since 1984.

The most popular photo spot nearby is The Twelve Chairs monument. “The Twelve Chairs” is a classic satirical novel by the Odessan authors Ilf and Petrov, released in 1928 and very famous in the former Soviet countries.

Another must-stop for architecture lovers is Odessa passage, the late-19th-century shopping center&hotel.

While the old town of Odessa is an open-air museum itself, you can always include a few local exhibitions to your list of things to do in Odessa.

Odessa Archaeological Museum is one of the oldest ones in Ukraine and it showcases more than 160 000 archaeological finds from the Black Sea region.

Odessa Museum of Western and Eastern Art houses a curated assemblage of private collections, including works of Caravaggio and Rubens.

Odessa was built on ancient quarry mines. Therefore there’s an extensive labyrinth beneath the city and its surroundings, accompanied by a variety of myths and legends. The multiple catacomb stories involve robbers, smugglers, and hiding in World War II. A tour of the Odessa Catacombs is one of the most popular things to do in Odessa.

Odessa Courtyards are the Old Town´s visit card. Courtyards in old buildings of Odessa are located between the hallway and common vestibule. This is something typical and essential for odessites. There used to be such a different neighbor culture before people moved their lives to skyscrapers and apartment complexes. In the Courtyards of Odessa, neighbors shared the news, gossips, gathered outside for meals and celebrations. Here, I´d recommend you to take a guided tour to explore the prettiest secret courtyards, only locals know. I could suggest – Gde Idem (IG: @gdeidem.odessa).

More things to do in Odessa: