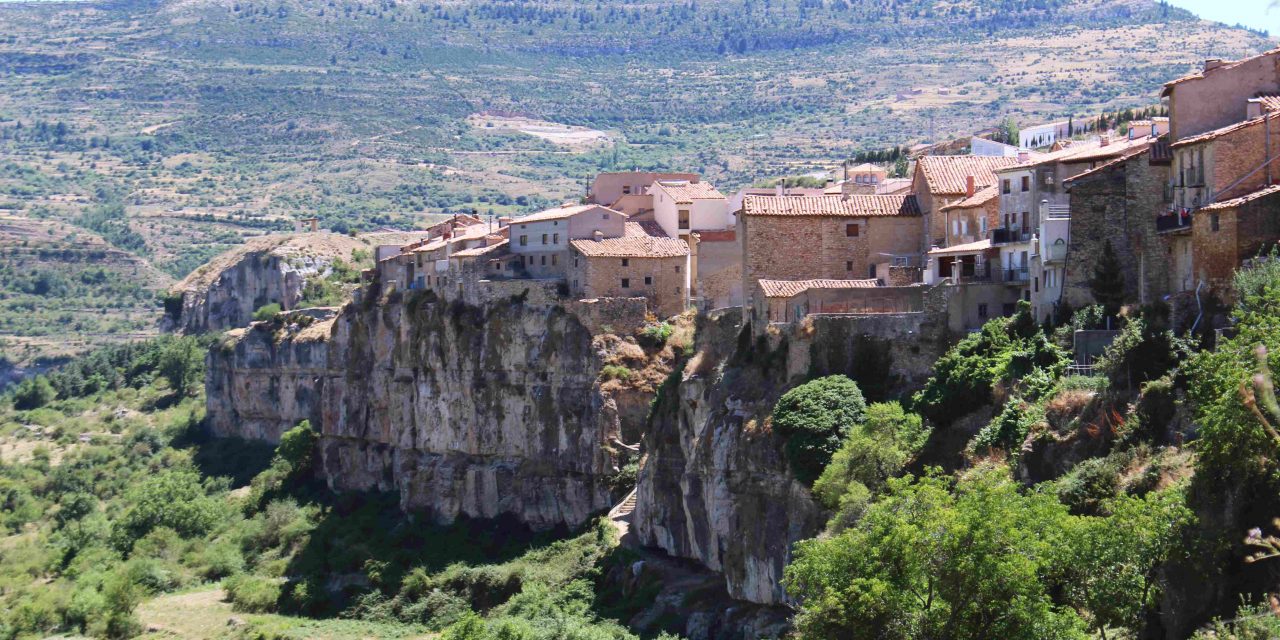 Europe is famous worldwide for its charming cobblestone streets. Nevertheless, while many amazing spots are already well-established on the tourist track, there´s always a place for the big unknowns! Especially in a country like Spain, where most of the arrive in search of the best beaches and fiesta.

Only those in-the-know, who do their research or have local friends around, end up scouting out some real gems. The Spanish province of Teruel is exactly one of these big unknowns I´m talking about. Let´s have a glimpse of the most beautiful villages in Teruel.

Teruel: Spain off the beaten path

Ever since my last trip to the city of Teruel I was waiting for more rural exploring in the area of the Spanish Province of Aragon. Now, I´m finally ready to share with you my list of The Most Beautiful Villages in Teruel. Let´s have a look, shall we?

To give you a clue of the location: Teruel is a part of the Spanish Autonomous Community of Aragon. Aragon includes the  (provinces) of Huesca, Zaragoza, and Teruel. It borders with France in the north and is nestled in between the other Spanish neighbors – Catalonia,  Valencia, Castile–La Mancha, Castile-Leon, La Rioja, and Navarra.

As one of the big unknowns in Spain, the Teruel Province will definitely surprise you. Especially when it comes to its majestic Mudejar Architecture, archaeological sites, and beautiful medieval villages.

The Most Beautiful Small Towns in Teruel

Albarracin is officially a king of the beautiful villages in Spain. Many years in a row, and according to several international travel editions, it´s been named the prettiest village in Spain.  If you occasionally stumble upon any photo of this Spanish town in the province of Aragon – you´ll be tempted to visit! I know you will! Albarracin is a love-at-first-sight kind of place.

With an official population of only 1016 people (in 2018), the medieval town of Albarracín is a must stop in the province. It was declared a Spanish National Monument in 1961.

The city´s unique architecture, its labyrinth-like cobblestone streets, tumbling into each other pinkish buildings, wooden balconies, pretty churches and ancient castle walls Murallas de Albarracin, – all this will blow you away!

To display all of the prettiest corners and photo locations – I´d really need to make a separate post about Albarracin. Especially as I´ve already visited this beautiful town several times (and even organized my post-wedding photoshoot for the Wedding Albom here).

While Albarracin gets some occasional visits from international , there are still so many hidden gems in the area. For instance, Valderrobres. It is one of those charming little towns you could never understand why are they so little touristic!

Most likely, if Valderrobres were more conveniently located to either of Spain’s biggest cities – that would be a hit. However, for now, it´s just a find for the fans of off-the-beaten-path places and budget travelers.

Also read: Jativa – a Castle in the Clouds near Valencia

Valderrobres reminds me of a fairytale village stuck in time. With its Gothic castle and church, a renaissance town hall and pretty cobblestone streets, Valderrobres is definitely one of the most beautiful villages in Teruel!

As you scroll down through this post the places become more and more undiscovered. Here comes another one of the most beautiful villages in Teruel – Cantavieja.

Its unique location on a steep rocky cliff makes the views simply breathtaking! The most impressive pictures of Cantavieja across the internet include a hilltop with houses surrounded by a mysterious fog.

What can you see in Cantavieja? – The best thing you could do is to wander around and absorb this very local and authentic atmosphere & architecture. Get a coffee in one of the local bars, stop by the ruins of Cantavieja´s old castle (was closed during our visit), visit Plaza Mayor square and the large La Asuncion Church (XIII century).

Calaceite has managed to surprise me with its sophisticated architecture. Again, time seems to have stopped here. We even found a telephone booth while walking the ancient streets of the city. Keep your eyes open – there are so many pretty arches and balconies around every corner.

Moreover, I was also smitten by the majestic entrance to the local cathedral – Iglesia Parroquial de la Asuncion. It made me google the place, as it seemed too grandiose for a small village off the beaten path. Apparently, the church was built in XVII century on the rest of a Gothic cathedral and the constructors tried to follow the style of the famous Zaragoza cathedral, one of the most iconic and beautiful cathedrals in Spain.

Besides, archaeology and history lovers – you can visit several ancient Iberian settlements in the surroundings of Calaceite.

Calaceite is one of those places where you look around and think (and I know I may sound like a complete tourist here) how enchanting must it be just to walk on those cobblestones every day? In the era of multinationals and skyscrapers, there are still so many places on this planet with an authentic touch of history and traditions. For the locals, it may seem the most common setting, but will definitely appreciate places like Conjunto Historico Villa de Calaceite.

In places like Mirambel, there´s no guidebook telling you where to go. The point here is to let yourself wander around – no maps, no names of places, only your instincts turning you. Just follow the cobblestones.

Home to more or less 130 inhabitants, Mirambel feels like an open-air museum. Reconquered from the in 1169, the city has been connected for centuries to the military orders, like Orden del Temple

In between all these old sophisticated decorations, ancient murals, coats of arms on the walls, wooden balconies, and ornamental arches, one piece of artwork stands out particularly – Portal de las Monjas. It´s one of the main things that made me include Mirambel on this list of the most beautiful villages in Teruel.

According to the local website, this peculiar structure belongs to the local convent Convento Monjas Agustinas. There´s a cell/room behind these curious geometric ornaments, which by the way, were made with clay. Most likely the cell belonged to the founder of the convent, Sister Violante Castellvi and the lattices prevented her from being seen as she looked out to the lively atmosphere of the main street.

If you still can’t get enough of Aragon´s hidden gems – follow the mountain roads towards a tiny village of Puertomingalvo. This town has been declared a site of cultural interest in 1982. Puertomingalvo mainly has a military past since the times of Muslims. Right by the city entrance, you could see the XII century castle, which reminded me of the GOT filming location in Spain – Zafra. 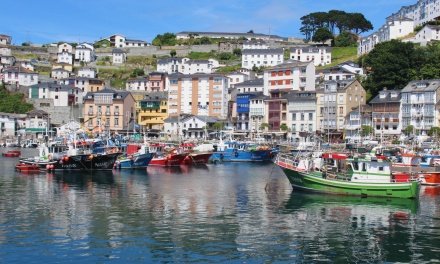