The Don Quixote Route: All You Need to Know to Plan an Epic Road Trip 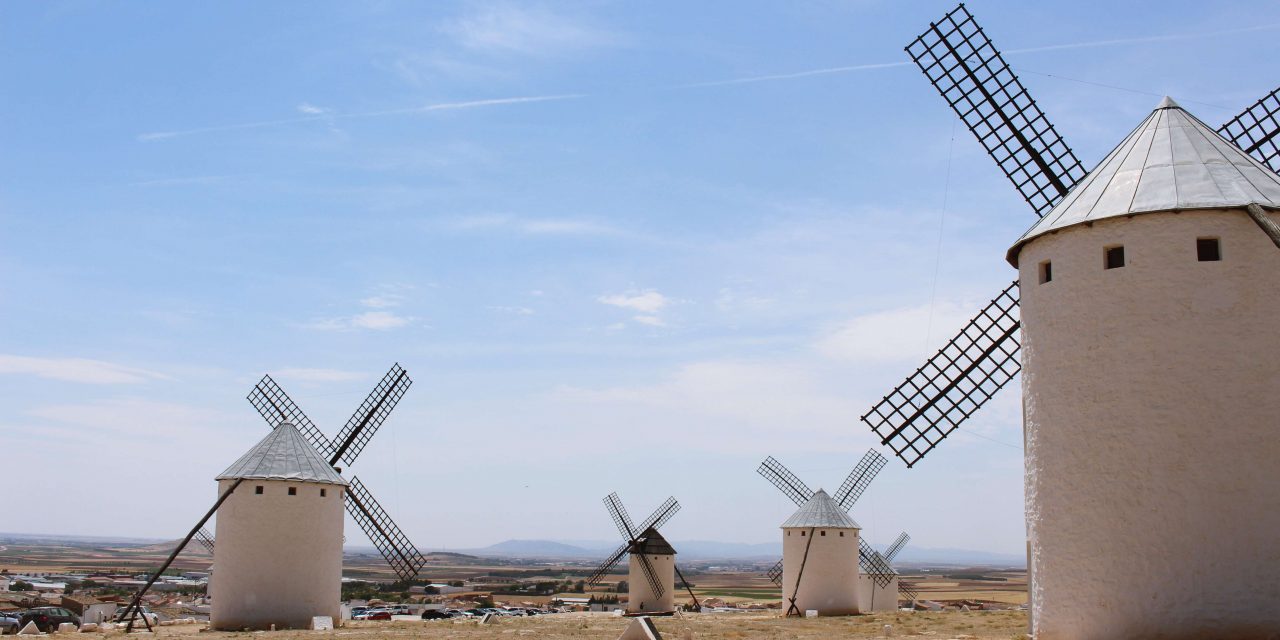 If you could pick only one thing that represents Spain internationally, what would it be? – I do realize that your mind might actually roll around fiesta, siesta, sangria, or even the bullfights. But you won´t give me an argument on this: there´s nothing as authentically Spanish as “Don Quixote”, a worldwide-famous Spanish novel of Miguel de Cervantes. How about a book-themed road trip through the Spanish region of Castile-La Mancha?

The Don Quixote Route: All You Need To Know

Who’s not familiar with one of the world’s best-selling books of all times (500 million copies), an emblematic prototype of a modern novel. Don Quixote by Miguel de Cervantes is an iconic read many of us might have underrated back at school (or at least I did, and I used to be a bookworm). So, in case this tale of a Spanish knight driven mad and the story of his incredible adventures simply didn´t get under your skin before, now is about the time you should reconsider adding Don Quixote to your list of wanderlust books.

Don Quixote was originally published in Spanish in two parts (1605, 1615) and is currently known as one of the most important books of all time. It was translated into more than 50 languages, being the second most translated book ever (after the Bible). Don Quixote has inspired an appearance of a new adjective “quixotic“, used to mean the impractical pursuit of idealistic goals, something extremely unrealistic.

The plot rolls around an aging minor nobleman Alonso Quixano, who sets out from his home village of La Mancha in search of adventures. He recruits peasant Sancho Panza to be his squire and the pair gets into a series of misadventures, aiming to live something exciting and dangerous. It seems impossible in the quiet Spanish countryside, but not for Don Quixote. Even local windmills end up being gigantic knights to combat with.

What could possibly feel more adventurous than following the footsteps of the most famous literary character in Spain? There´s no actual Don Quixote Route marked on the Spanish maps (like El Camino de Santiago, for instance), but there are lots of places associated with the iconic story of the Spanish knight and its famous author Miguel de Cervantes. You can channel your inner adventurer and explorer (a lot like in my Christopher Columbus post) and create your own travel route.

Castile-La Mancha should be on your list of must-do road trips in Spain. The Don Quixote Route is simply a perfect excuse to start exploring Spain and its culture in depth. You actually learn to touch, feel and understand any culture by learning about its national heroes.

Also read: The Best Travel Documentaries to fuel your Wanderlust

Here in Spain, we say we speak “el castellano” and not “el español”, because even the language itself originated in the VII century in the Castile-La Mancha region.

Must-stops of the Don Quixote Route

The small town of Toboso is a special location on the Don Quixote Route, as it was a hometown of Don Quixote’s love – Dulcinea. At Plaza Mayor you’ll find a monument dedicated to Dulcinea and Don Quixote. Here, you can also visit Museo-Casa de Dulcinea and Museo Cervantino, with numerous editions of Cervantes´ work in more than 70 different languages.

The windmills of Campo de Criptana or the Don Quixote Windmills are often included on the list of the most famous landmarks in Spain. In the book, these were the gigantic knights Don Quixote was fighting with.

Alcazar de San Juan is another important stop on the Don Quixote Route connected with the book’s author, Miguel de Cervantes. The locals claim that he was baptized in the church of Santa María la Mayor.

Here, you can also visit the Hidalgo House Museum and the Cervantes Visitor Centre.

Puerto Lapice is mentioned quite a few times in El Quijote. Here, you can find the famous inn, Venta del Quijote, which Don Quixote mistook for a castle, and then the keeper pretended to make him a knight. Nowadays it’s a popular restaurant with a small museum, full of illustrations of Don Quixote, made by artists from all around the world.

Another town mentioned in the Quijote book is Cuidad Real. Here, you should not miss Reloj Carillon (the clock with automatic figures of Cervantes, Sancho Panza, and Don Quixote), Museo de Quijote/Biblioteca Cervantina, Fuente Talaverana (a fontain area full of decorations for ceramic lovers, depicting the scenes from the Don Quixote book).

Villanueva de los Infantes is one of the most beautiful secret villages in Spain you’ve probably never heard of. It is definitely the gem of the Castile-La Mancha region. No wonder Miguel de Cervantes has made it a Don Quijote´s home in the book (although it’s not mentioned directly, rather concluded by scientists: so there´s still a debate around it).

There´s a monument to Don Quijote and Sancho Panza at the Plaza Mayor square.

The Lagunas de Ruidera Natural Park is one of the most beautiful national landmarks in Spain, a must-stop on the famous Don Quixjote Route, a hidden oasis in the heart of vast meadows of Castile-La Mancha.

In Lagunas de Ruidera Natural Park you´ll find the Cave of Montesinos, where Don Quixote spends a night in the book. You can also visit the Peñaroya castle nearby.

Not so many people know that the famous novel Don Quixote was written by Miguel de Cervantes during his imprisonment in Cueva Medrano ( Merrano House and Cave) in Argamansilla de Alba.

Some argue that Argamansilla de Alba was the home town of Don Quixote, but I personally like the version of Villanueva de los Infantes better.

Places and experiences you can combine with this road trip 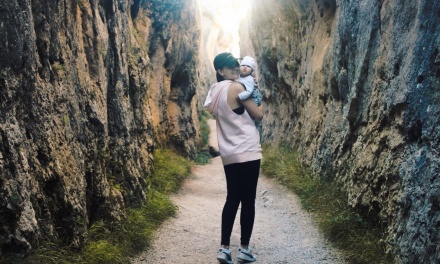