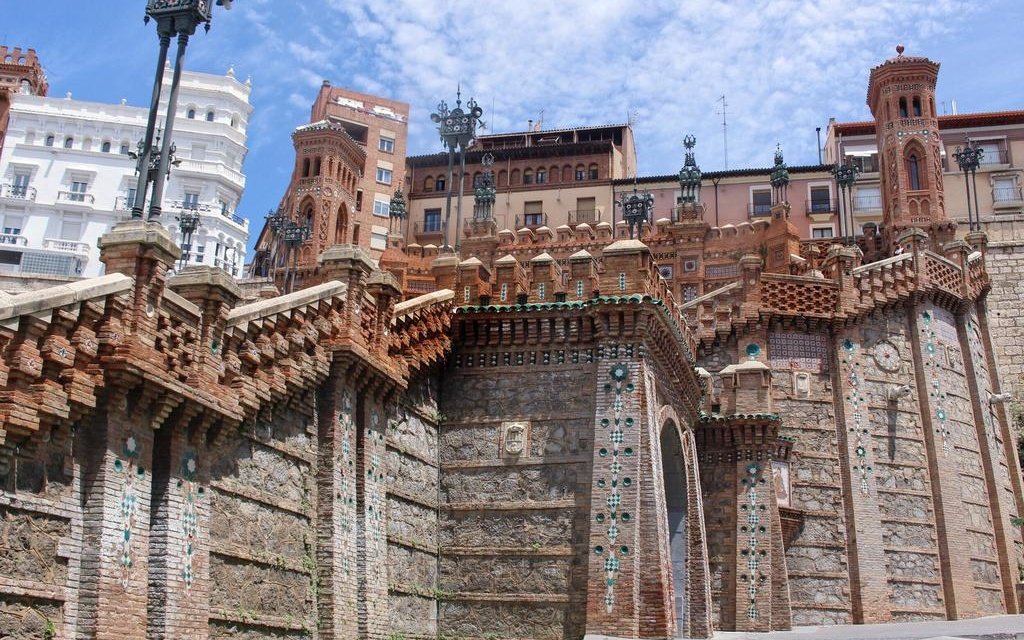 Have you ever heard the romantic story of Diego and Isabel( Spanish Romeo and Juliette)? Do you like vibrant Mudéjar architecture? Or are you into the archaeological finds and the dinosaurs? – No matter which one here is your case, there’s one city in Spain you simply need to visit. Take a hint: it is famous for its motto Teruel Exists. Let´s check the most interesting things to see in Teruel.

Years ago a motto “Teruel exists” (Spanish: “Teruel existe”) has broken the national news media. The social campaign aimed to bring attention to the citizens of the Teruel province, those who also pay taxes and yet so little is done for them by the Spanish government in terms of roads, investments, etc.

A lot of families in past years have abandoned the province in search of a better life, in particular, jobs. It is one of these places in the heart of Spain with hot days and cold nights. Moreover, in summer it is impossible to stay in the sun. Teruel receives mostly national tourists, which is such a shame, cause the city is truly unique.

Together with Huesca and Zaragoza, Teruel forms the Spanish autonomous community of Aragon. The city of Teruel can be visited as a day trip from Valencia, Castellon, or Zaragoza. However, I´d recommend you take time to explore the whole region, as there are so many beautiful medieval villages in Teruel.

Exploring the lesser-known cities at any destination is one of my favorite things about traveling. Teruel is a perfect match for you if you want to dive into Spanish history while avoiding the crowds. Plus there are quite a few interesting things to see in Teruel that have no equivalent in the rest of the country.

After you check the main square of Teruel Plaza del Torico, there are three things to see in Teruel you can’t miss: Mudejar architecture,  Lovers of Teruel and Dinopolis. First two – you can see all in one day, but if you´d like to add Dinopolis to your travel plan, you´d need at least another day.

Top things to do in Teruel

Mudejar Architecture is a UNESCO World Heritage. If you ever visited Andalusia an the South of Spain you might know what I’m talking about. One of the most fairytale places in Spain and an iconic Game of Thrones filming location, the Real Alcazar of Seville, is one of the better-known Mudejar art objects. The lively geometry of decorations there, as well as Alcazar´s Devine gardens, literally teleport you to the pages of One Thousand and One Night.

Mudejar Architecture of Teruel isn’t any less impressive. It was honestly one of my favorite things to see in Teruel.

The most outstanding Mudejar objects in the city are The Cathedral of Teruel, San Pedro Church, Escalinata Neomudejar, and the Towers of San Pedro, San Miguel, and Salvador.

Do you know why is it called Mudejar? Term “Mudejar” comes from Arabic “mudajjan” and means “allowed to stay”. After the Christian “Reconquista”/ Reconquest of the Spanish peninsula in 718, a lot of Muslim population stayed. This led to a new unique (partly Gothic, partly Islamic) style of art/decoration influenced by their taste and workmanship.

2.Diego and Isabel – The Spanish “Romeo and Juliet”

You can’t find Teruel on the lists of most romantic travel experiences around the world or most romantic cities to explore with your loved ones. But it really belongs there. Mausoleum of the Amantes de Teruel is your ultimate proof. If you’re a fan of Spain you just can´t ignore the famous national legend of the Lovers of Teruel. Visiting the tomb and learning more about the Spanish Romeo and Juliet is one of the most popular things to see in Teruel.

Also read: The Most Romantic Travel Experiences Around the World

The story of Amantes de Teruel/ Lovers of Teruel has inspired the Spanish artists and poets since the XIII century. Two tragic deaths united by one eternal love story, isn’t it poetic?

The Story of Lovers of Teruel

According to the legend, Diego and Isabel were in love since their childhood, but the girl’s wealthy family didn’t want her to marry someone out of their social class. However, they gave Diego 5 years to built a fortune, so he left the city. In 5 years he returned rich, but Isabel’s family had already arranged her marriage to another man.

If you’re traveling with kids, you just can’t miss Dinopolis – a large thematic space dedicated to the world of dinosaurs and paleontology. The main exposition is located in Teruel, but there are also several other paleontological areas nearby (you´ll need to drive around to visit them all). Despite the fact that in Dinopolis they have a lot of activities for kids, if you’re a history geek – this place is your way too.

Dinopolis tends to be closed on weekdays during the winter months. Check their calendar and opening hours before visiting here. It is definitely one of the coolest things to see in Teruel with kids. You can get a Dinobaby entrance for kids from 0 to 3 years old, which is free. For adults, you have a few options – Dinopolis park entrance only (29 euros) or Dinopilist Park+ More sites (31 euros). For kids from 4 to 11 and seniors (60 years old and up), you´ll pay 23 euros and 25 euros respectively.

I recommend you check the details here on the additional sites and activities, besides the Dinopolis park itself. They might be included or not into your entrance ticket. Because if your kids love dinosaurs and you plan to see it all – you really need to buy the full ticket from the beginning. Go for Dinopolis Park and More sites (Inhóspitak + Legendark + Región Ambarina + Bosque Pétreo + Mar Nummus + Valcaria + Titania) entrance ticket. Otherwise, each of these additional sites would cost you separately from 4 to 5 euros.

After you´re done with all of the main things to see in Teruel, near the central square of Teruel Plaza del Torico, you’ll find lots of shops with local specialties and artisan products. Typical souvenirs to bring from Teruel –  a pastry Trenza Mudejar de Teruel and Jamon de Teruel. 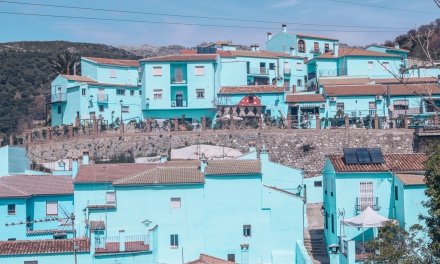 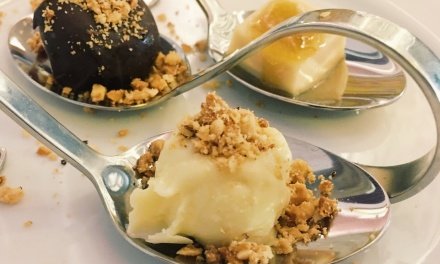 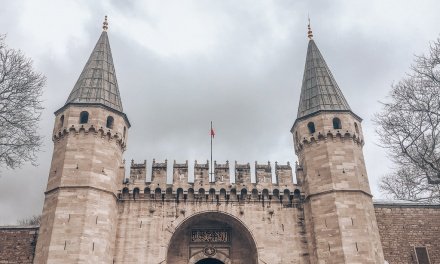