Dear Readers, this week I´m excited to share with you a new story from Blog Series Expat Story: World Through My Eyes. I couldn´t wait to check out this interview myself, cause India is on my Bucket list for these next few years. I´ve spent quite a while reading about this country at  www.exploringberry.com and happy to share Raquel´s story with you. P.S. One thing for sure – I´m definitely doing this Mehendi when in India…

Hi! I’m Raquel, a Spanish passionate traveler, constantly going from one place to another and writing all about it on my travel blog The Exploring Berry. I was introduced to the traveling life from a very early age: packing bags and saying “hello” and “see you soon” to new and old friendships, it quickly became a frequent activity. 31 years later, I’m still doing so and I have no plan to end it any time soon. My hometown will always be Madrid, but I currently call India my new “home”.

It is difficult to describe India in only a few words because of all the mixed feelings this country stirs up for me. There are times I love living in India and others I absolutely dislike it. I enjoy seeing so much liveliness and variety of everything and everyone on the streets, but at the same time, it’s very difficult to see and accept the poverty, pollution, and dirt. Traffic is insane because the infrastructure does not match the number of cars and your safety and comfort are left a bit up to the common sense of each driver due to the lack of solid traffic rules. The “chaotic” first impression of India never fades away with time but I’ve learned that every “chaos” has its own order that works just fine. These examples are only some of the many things I faced when I moved to India.

Despite having my unsorted issues with India as a country, I hold Indian civilization in high esteem for their great hospitality, warmth, and capacity to coexist among different religions, languages and cultures, all within the same country. Initially, I thought I was very different to most Indian,s but as soon as I began interacting more, I understood Indians were not different from Spanish people with respect to what matters the most at heart.

Their traditions and some of their habits are obviously very different from Spanish ones, but that’s the beauty of a diverse world.

Before moving to India, I had not set any expectations on how it would be to live there, simply because I had seen and heard many sides of India and wasn’t sure which one would become my story. I have surely been surprised many times, but not disappointed.

I was well aware of the culture, habits, and traditions of India because I had read a lot of Indian history, travelers’ stories and had very close Indian friends. However, one thing is to know about it and another one is to experience it for yourself. I will not lie: I had a difficult time adapting to Indian lifestyle even with the help of my husband who is from India (oh yes! I forgot to mention I have a strong connection to India!). Many insignificant things I took for granted in Spain became super valuable in India. For example: having the opportunity to walk everywhere as a mean of transport; wearing summer clothing without worrying about my legs being too exposed; being in public places minding my own business without being stared at (in India my face and looks tend to catch the unwanted attention).

The biggest challenge I’ve faced in India is keeping my independence of movement. Back at home, I  went alone everywhere at any time of the day, whereas in India it is a bit more complicated. I have not given up yet!

My one tip for people moving to India is to have an open mind, patience and get used to eating hot spicy food as quick as you can!

The experience of living in India has taught me one can coexist with two very strong opposite opinions about something as long as they balance out each other. I dare to say: now I appreciate many things I usually took for granted. Also, my kitchen will never smell the same as I´ve learned the art of mixing Indian spices quite well… 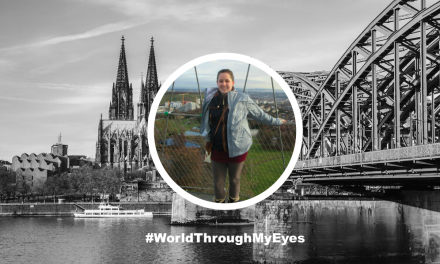 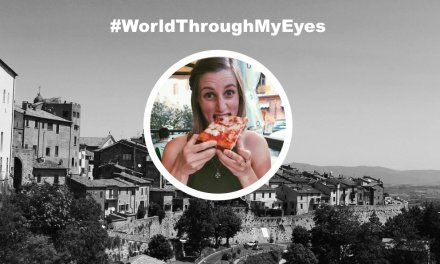