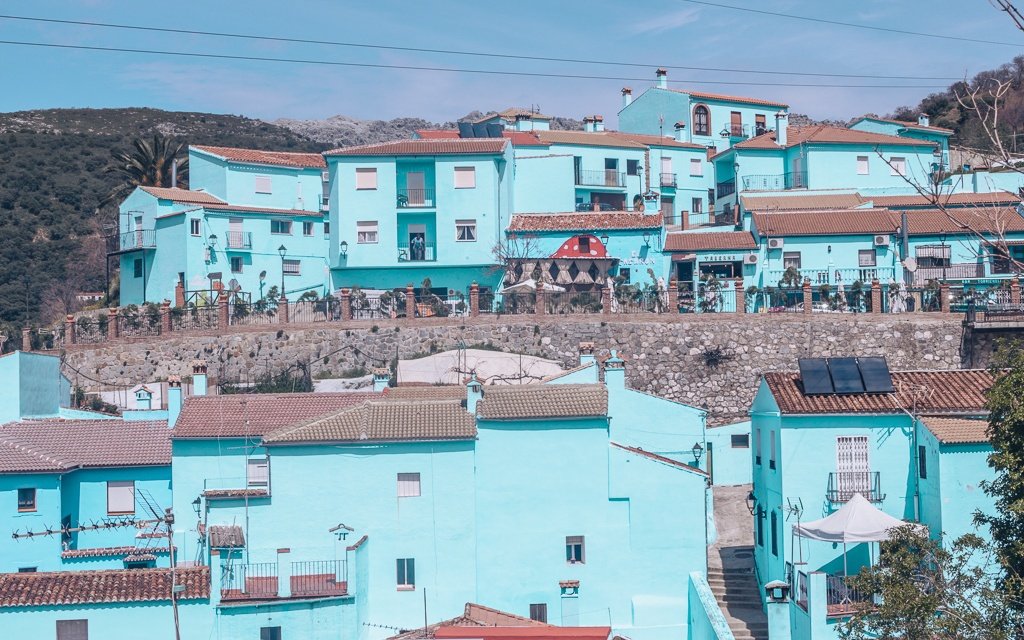 On our way to Algarve from Castellon, we couldn’t miss a chance to visit Juzcar, the famous Andalusia´s Blue Smurfs Village. I´ll be honest here: after places like Ronda or Sevilla you might get a feeling there’s not much to do in the area (plus the mountain road towards Juzcar is uncomfortably narrow), but on the other hand – you don´t get to feel like you’re a part of Smurfs cartoon every day, right?!

Before 2011 Juzcar was one of many typical “white” villages in Andalusia. But after Sony Pictures launched the idea of “The Blue Smurfs Village“, as a part of their promotional campaign for The Smurfs movie, locals decided to take part and painted their traditional “pueblo blanco” in bright blue… However, what was initially supposed to be a temporary project, ended up turning into the city´s trademark (Of course, such a fairy-tale transformation boosted tourism in the area, so no wonder locals ended up voting to let it this way).

In fact, these traditional Spanish little villages like Juzcar or Fanzara, keep surprising me with their new modern faces. Their recent makeovers only embrace each one´s uniqueness and charisma, while simply adding to the streets a little splash of colors. Spain is surprisingly full os the fairytale places that are straight out of the storybook …

Juzcar can be visited from both Ronda (30 min) and Malaga (1h). Although in my opinion, it is not a fit for a day trip from anywhere else. The blue smurf´s village is very instagramable, plus you´re most likely to have it all for yourself. It´s fun to hang around for a while, our baby-daughter enjoyed it as well.

There´s one local bar, but that´s pretty much all. Besides, as I´ve already told you – a part of the road is not much wider than one car. Although you won´t find much traffic on it either, I´ve really had worse moments driving towards Masca in Tenerife. 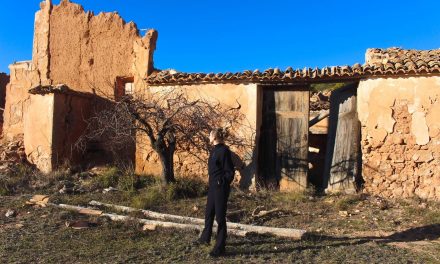 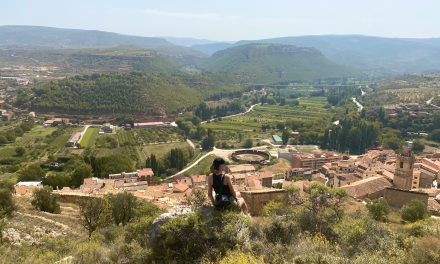