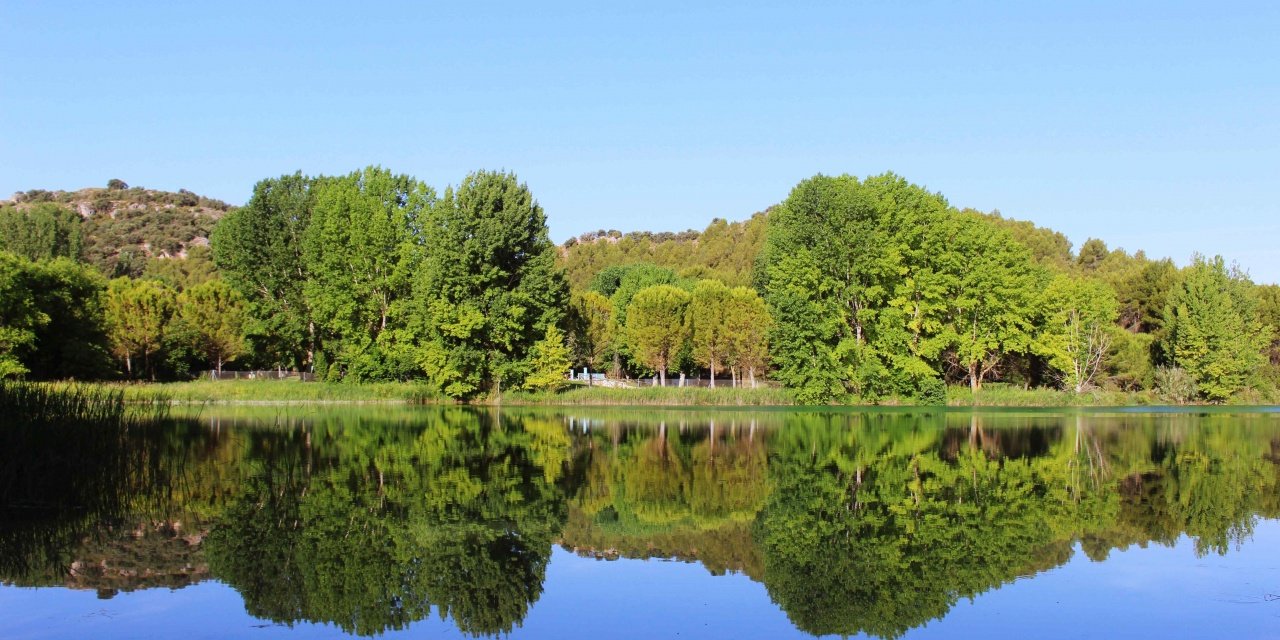 One of the most beautiful national landmarks in Spain, a must-stop on the famous Don Quijote route, a hidden oasis in the heart of vast meadows of Castilla La Mancha, and yes, we are still talking about the same place here! Let me take you on a journey of scenic crystal lakes and unseen miniature waterfalls of The Lagunas de Ruidera Natural Park!

Little did I know about the lakes in Spain. I mean, I´ve had one scary experience of driving in the impenetrable fog with cows on the road in Asturias towards the Lakes of Covadonga. But if I´m honest here, we´ve all heard of the Spanish beaches, but what about the lakes?! Are there any worth visiting on the Iberian Peninsula?! Are there any at all?!

-Not many, actually. And some of them could be better described as reservoirs. And yet there is one place you can´t miss – Lagunas de Ruidera Natural Park.

The National Park is located in the Upper Valley of Guardiana River, between the provinces of Ciudad Real and Albacete Central Spain. 400 hectares spread over 16 lakes, most of them are interconnected by small waterfalls. Whether you enjoy water activities like kayaking, paddle surfing or snorkeling, swimming, or if you´re an avid hiker, or can´t imagine a vacation without your bike. At Lagunas de Ruidera Natural Park you can find something for you.

The Lakes serve as a shelter for many waterfowl species. European pochard, tufted duck, coot, mallard – we´ve only seen ducks though, and lots of fish. But again we didn´t hike. Many claim you could encounter foxes, rabbits, and genets…

What really surprises you once you reach the Lagunas de Ruidera Natural Park – it´s the vegetation. If you´ve ever traveled across the Castilla La Mancha Province or any other region in Central Spain you know it´s a very dry area. As many travelers visit Lagunas de Ruidera as a part of the famous Don Quijote route,  you just can´t help noticing the contrast of the vast meadows with the forest greenery. You can’t help the feeling of seeing an oasis once you get near the lakes.

And what about waterfalls?!

One of the main attractions of Lagunas de Ruidera Natural Park is definitely its waterfalls. They pour from one lake to another till they finally reach the Penarroya reservoir. It is a protected and restricted area, walking on them is banned, although most have a lookout area to take some photos and enjoy the views. To name some of the most famous: Laguna Lengua, Salvador, Cenagosa and Paraje del Hundimiento.

The Lands of Don Quixote

Lagunas de Ruidera is one of the must-stops on one of the top road trips in Spain – Don Quixote Route. Cave of Montesinos where Cervantes made Don Quijote spend a night, the King´s House and the Powder Factory in the town of Ruidera – it´s all about this area.

Plus within the park boundaries, the history lovers and Don Quijote fans can make a stop at Peñarroya Castle and the ruins of Rochafrida Castle. These were the lands where the journey of one of the most famous book characters had begun – El Campo De Montiel in Castilla La Mancha. ( Don Quijote Chapter II “and began to traverse the ancient and famous Campo de Montiel; which in fact he was actually traversing”)

The other side of the coin

Flies. Dinner by the lakeside would be perfect if it won´t for the flies. I was surprised we didn´t get bitten by the mosquitoes – I assume the authorities fumigate them somehow for the season. Probably, some waterfront places do smth to get rid of the flies as well, but the random one we stopped at didn´t have anything against the flies.

Hotels. Most accommodations in the area are the homestays or old hotels. We´ve chosen one that had both amazing feedback and friendly hosts, but it was very small for us, with no facilities for the kids (it didn´t look that way on the internet photos). I mean if you travel with one baby it´s probably something you can deal with, but with two babies this accommodation has become my ultimate claustrophobic nightmare [lol].

No airconditioning: we were lucky with the weather, but when traveling with kids you just want to make sure the temperature will be fine in any kind of situation. Although we´ve spent all day on the road, the place was definitely a miss. During our last trips to Huesca and Almeria, we stayed in good hotels, so I really underestimated the importance of having a comfortable place to sleep, rest and store our huge baggage when on the road with kids. 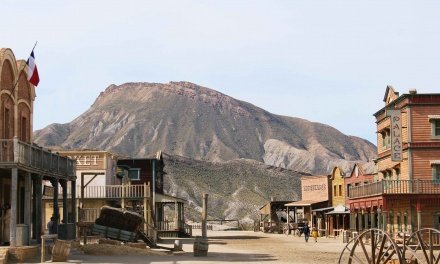 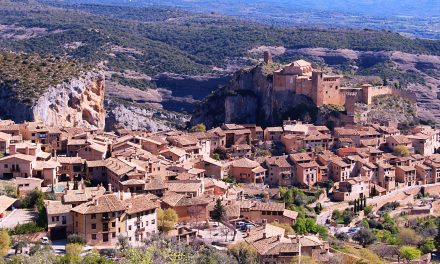