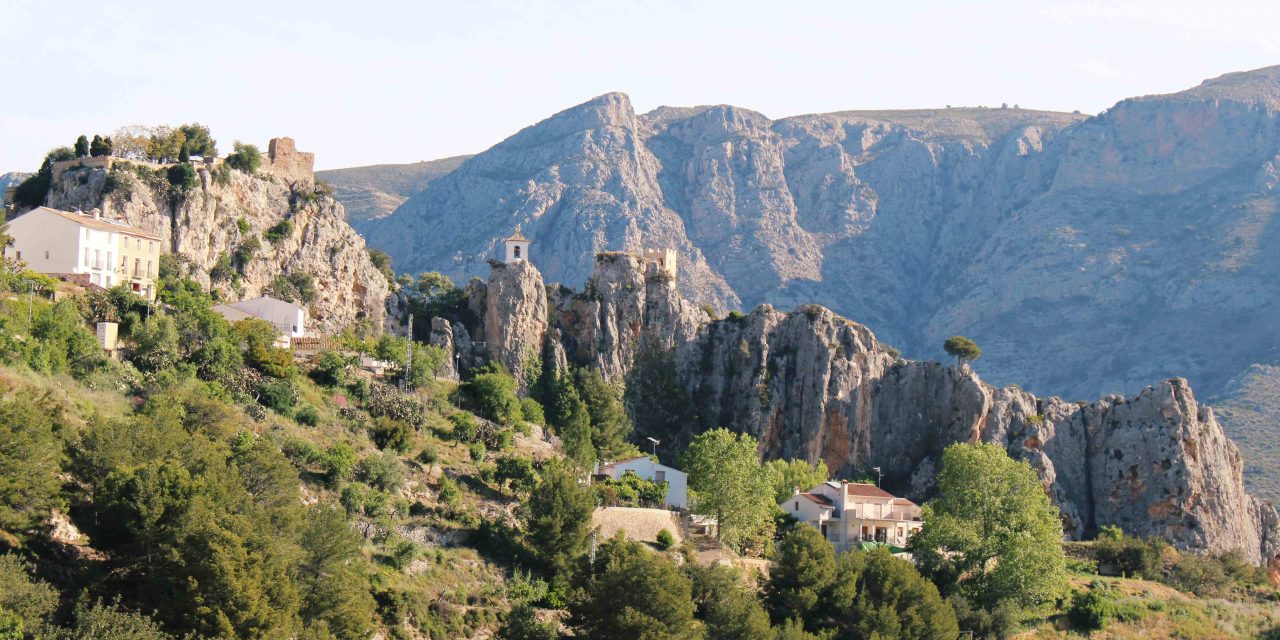 While Europe is worldwide known for its magical cobblestone streets, quaint medieval towns, and alluring local cafes, Spain is one of the best countries to search for the small-town charm. Especially, due to its overall vibrancy, gorgeous Mediterranean setting, and far-reaching history of royals.

No wonder quite a few pretty Spanish villages are pioneering on my list of favorite European small towns.

It’s still a mystery to me how a country that is so well established on the tourist track could still comprise so many secret villages, fairytale places, dreamy castles, and otherworldly beautiful landscapes. You could spend decades in one single region of Valencia discovering its Hidden gems.

Let´s discuss the most beautiful small towns in Spain. Some of them might be more popular than others. But if you’re into enchanting villages – that´s your beginner’s bucket list on the Iberian Peninsula.

Albarracin is a constant number one on all the local lists of small towns in Spain. While the city’s medieval charm is quite undeniable, its home region, the Province of Teruel, is still one of the Spanish big unknowns for international visitors.

Together with Huesca and Zaragoza, the region of Teruel forms the Spanish autonomous community of Aragon. History geeks might recall that the origins of the whole Spanish monarchy could be traced back to the Catholic Monarchs of Spain ( sp. Reyes Catolicos) – Queen Isabella I of Castile and King Ferdinand II of Aragon. So, the historical significance of the region is actually huge in terms of the unification of Spain.

With an official population of only 1016 people (in 2018), the medieval town of Albarracín is a must-stop in the province. It was declared a Spanish National Monument in 1961. The city´s unique architecture, its labyrinth-like cobblestone streets, tumbling into each other pinkish buildings, wooden balconies, pretty churches, and ancient castle walls Murallas de Albarracin, – all this will blow you away!

Both Albarracin and the city of Teruel can be visited as a day trip from Valencia, Castellon, or Zaragoza. However, I´d recommend you take time to explore the whole region, as there are so many beautiful medieval villages in Teruel you´d rather not miss.

Mojacar could be easily called the prettiest of the prettiest in between the famous White Villages of Andalusia. Mojacar is located in the south of Spain, in the lesser-known part of Andalusia – the province of Almeria. While Almeria is worldwide famous for its iconic Wild West Town experience, there are lots of cool things to do in the region – so, Mojacar is a great starting point as well.

While Mojacar gets touristy in the summer months, it is still not as overcrowded as other Spain’s southern coastal destinations of Costa Brava and Costa del Sol. This quint town is made up of two areas: the Old Town/Mojacar Pueblo and the Beach/Mojacar Playa. So, the best part about Mojacar is that you´ll find traditional Spanish white-washed houses combined with the modern beach area full of trendy bars, hotels, and restaurants. You can get a more detailed glimpse of this charming Spanish small town in my Mojacar post.

Cudillero is often called the most picturesque fishing village on the Asturian coast. I couldn´t agree more: despite being quite touristic, it has a very relaxing atmosphere, hidden in between the sheer cliffs and the Atlantic ocean. Plus, Cudillero is, for sure, one of the most colorful villages in Spain.

Colorful houses, tiny streets, and great seafood restaurants – Cudillero has it all. In order to get some nice panoramic views and explore the city, you´ll have no choice but to walk upstairs and downstairs all the time – but it is definitely worth it.

Cudillero is located in the Spanish Province of Asturias, one of the most unique regions in Spain due to its rare combination of natural wonders like ocean cliffs, hidden beaches, crystal lakes, foggy mountains, together with some of the most charming villages I´ve seen in my life. Asturias offers its visitors a whole heap of amazing things to do. You´ll be spoilt for choice.

Alquezar always comes up one of the first in all of the rankings for the most beautiful small towns in Spain. Even from this panoramic photo, you can understand why right? This hidden gem was such a discovery during my recent trip to Huesca, in my favorite Spanish Pyrenees.

Also read: The route of the hanging bridges of Chulilla near Valencia

Besides the charming cobblestone streets, an epic sight of the area is Pasarelas de Alquézar Route. Although it’s not as high as one of Andalusia´s iconic landmarks, El Caminito del Rey, the hike is still quite impressive.

Also, you should know that many prefer the nearby Ainsa, which is also quite amazing, but I´ll stick with Alquesar.

Morella is a small medieval town in the Spanish province of Castellon, a hidden gem of the region, and an ultimate stop for all the lovers of the undiscovered and off-the-beaten-path places. There are many beautiful castles in Spain, but none of them has this epic setting that Morella does. Morella is one of those Fairy-Tale Places in Spain that are straight out of a Storybook.

Morella can be visited as a day trip from Castellon, Valencia, Teruel, or Tarragona. It´s at least a 2hr drive, no matter from which city you’re visiting Morella, but for those of you who seek to get an authentic taste of Spain and see the lesser-known regions of the country, it will be 100% worth it.

Rising 984 meters above sea level and fortified by 2 km of walls, Morella has always been of great strategical importance throughout history. Its murals have seen various civilizations – Romans, Arabs, Christians… I guess, all these cultural influences have given Morella its uniqueness. Gothic buildings, handicrafts, artisans, and antiques – the streets of Morella are full of alluring details. You can check more details in my Morella post.

Back in 2015 Morella won the Spanish competition to host the 25th Anniversary of Ferrero Rocher and it definitely brought a lot of media attention. Yet, in my opinion, it is still relatively in the shadow for international visitors.

Ronda is one of the top places to visit in the province of Andalucia and the third most visited small town in the region. The biggest eye-candy of this pretty Spanish small town is The New Bridge of Ronda, another gem that absolutely belongs on the list of fairytale places in Spain. It is one of those epic constructions you simply need to see with your own eyes to believe it exists in reality.

Ronda´s 98m high bridge, built in 1793, is one of the most iconic landmarks in Spain and an absolute must-stop on every Spanish road trip.

Villajoyosa is known for its lovely wide, sandy beaches and pretty colored fishing houses running along the seafront. It´s absolutely one of the gems of Costa Blanca and the Alicante region, and a popular destination to enjoy the winter sun in Spain.

Also read: Best beaches in Spain Off The Beaten Path

Once exploring the neighborhood, don´t miss La Vila Museum. If you like Medieval fairs in Spain – late July is a great time to visit the town, as the Moros y Christianos festival takes place.

The biggest touristic pride of the region is the Caves of Altamira, with its 36 000-year-old cave paintings. Unfortunately, visiting the caves during these past years has been challenging, as the local authorities limit the number of visitors to 260 per year. There used to be a waiting list, which is also closed for now – so you should really check the official website for updates. The good news is that you can visit the National Museum and Research Center of Altamira, which houses its reproduction “Neocueva de Altamira“. (By the way, there´s a famous movie “Altamira” directed by Hugh Hudson and starring Antonio Banderas you could check for some inspiration).

Guadalest is another picturesque small town, located on the top of the mountain by the Guadalest Reservoir. Here, the most epic scene is seeing Guadalest rising out of the ground sitting on the pinnacle of rock. Plus, Guadalest Castle can only be accessed by walking through Portal de San Jose, a tunnel carved out of the rock. The location is so epic that it always appears on Costa Blanca postcards.

While the town itself has less than 200 inhabitants, its epic setting and proximity to Benidorm have made the place quite touristy. Yet, absolutely worth seeing at least once with your own eyes.

Cadaques is one of the most iconic small towns in Spain and Salvador Dali’s beloved hometown. It’s such a beautiful setting to wander around. Don’t miss La Iglesia Parroquial de Santa Maria and Dali´s House (in Portlligat).

Despite my last stressful trip to Cambrils, the whole region of Catalonia always leads on my list of Spanish road trips during the winter months. While the concept “off-season” in the region still means you’ll encounter some tourists and lines, autumn/winter is my favorite time to discover the local touristic sites. As Cadaques is quite popular among both local and international visitors, it might be challenging to find parking spots in the peak season. On the other hand, traveling in the off-season will unveil the small town´s local charm at its best.

Nature lovers can also enjoy a few hikes in the area like Far de Cala Nans and Cap de Creus. For swimming, you might love the nearby Sa Conca or Platja de s´Alqueria gran: although as I´ve confessed to you in my post about Spanish beaches – Costa Brava would not be my first choice for a beach vacation. 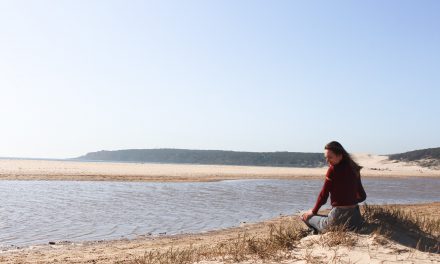 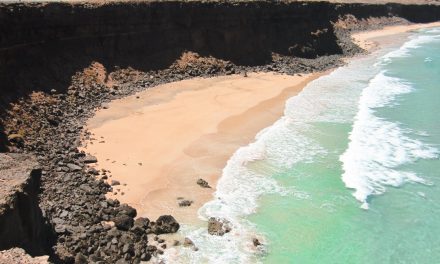 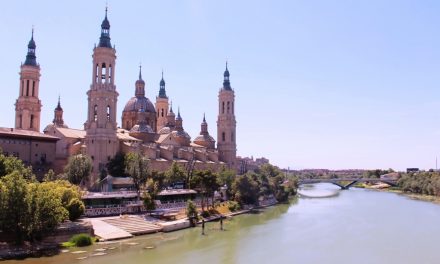 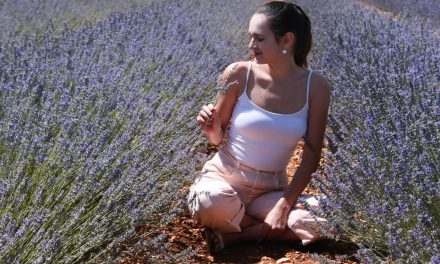